‘I Am Fidel’: Cuba’s Youth Deepen Commitment to Revolution 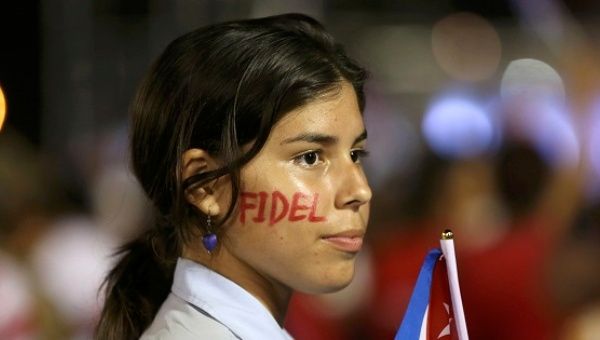 Nov 25 (Telesur) To millions of Cubans, Fidel Castro was more than just a president, he also embodied revolutionary struggle, and with his death many have chosen to pay tribute to him by pledging to continue that struggle and remain loyal to the ideas of the Cuban Revolution.

Through an initiative of the Cuban Communist Party, people throughout Cuba have signed a pledge affirming their commitment to the concept of the Revolution as articulated by Fidel in a landmark speech he delivered on International Workers’ Day in Havana in 2000.

“Revolution means to have a sense of history; it is changing everything that must be changed; it is full equality and freedom,” said Fidel before hundreds of thousands in the historic speech. “It is being treated and treating others like human beings; it is achieving emancipation by ourselves and through our own efforts; it is challenging powerful dominant forces from within and without the social and national milieu; it is defending the values in which we believe at the cost of any sacrifice.

“It is modesty, selflessness, altruism, solidarity and heroism; it is fighting with courage, intelligence and realism; it is never lying or violating ethical principles.

“It is a profound conviction that there is no power in the world that can crush the power of truth and ideas,” Fidel continued in the iconic speech. “Revolution means unity; it is independence, it is fighting for our dreams of justice for Cuba and for the world, which is the foundation of our patriotism, our socialism and our internationalism.”

Fidel’s words on May 1, 2000 soon became the definition of revolution inside Cuba and have been widely reproduced, even plastered on billboards. 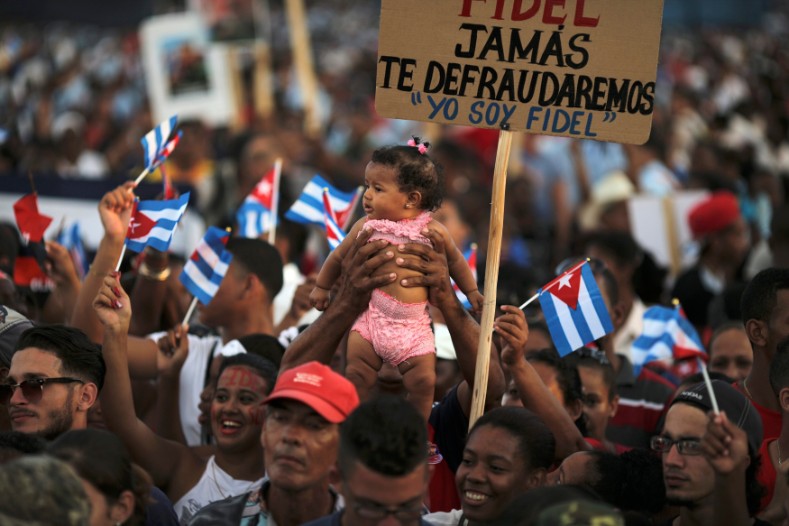 Over the course of nine official days of mourning since his death on Nov. 25, Cubans have signed their names below Fidel’s words at more than a thousand points throughout the country, swearing to “keep fighting for these ideas.”

Young people, in particular, have accepted the commitment to honor Fidel’s legacy.

“In this way we are demonstrating that the Cuban youth are the vanguard and the continuity of the struggle that man started, who more than a leader and strategist, is a paternal figure for us,” Andres David Misa Rojas, a student at Fidel’s alma mater the University of Havana, told Granma, the official newspaper of the Cuban Communist Party’s Central Committee.

As Fidel’s remains traveled through Cuba on route to their final resting place in his hometown of Santiago de Cuba, many youth lining the road could be seen with Fidel’s name written on their faces.

Meanwhile, others had “I am Fidel” on their faces as a sign of their gratitude for his life’s work and their commitment to continue his struggle.

“Why ‘Yo Soy Fidel’? Fidel did everything for this country,” Ernesto Lao, a technical professor, told the Miami Herald. “Even though he’s now dead, we would die for the same causes.”

“My name is Ernesto, but now my name is Fidel.”