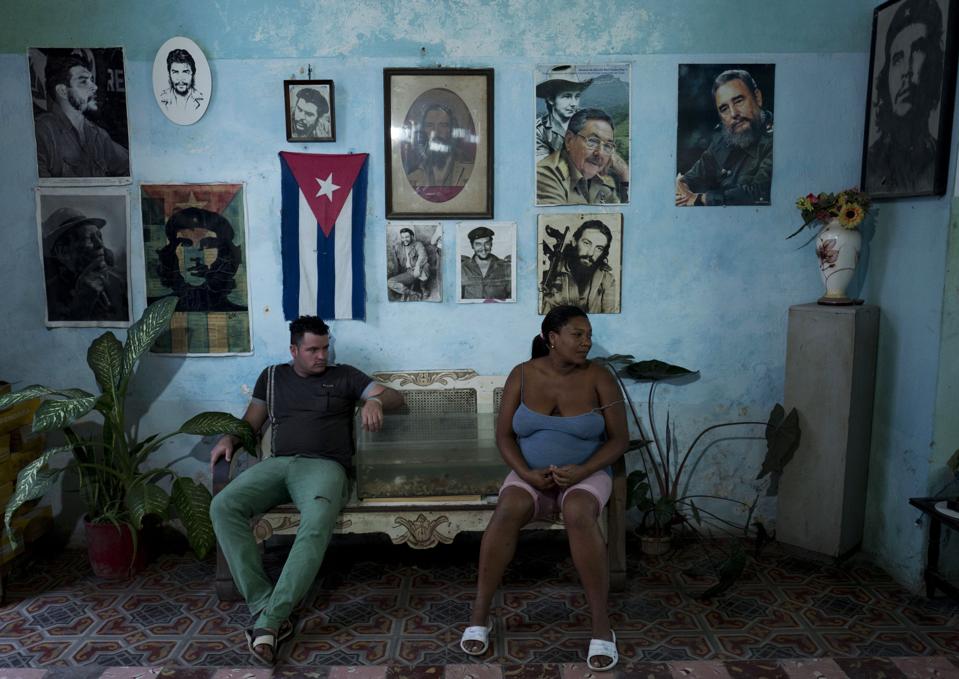 Donald Trump has decided to crack down on Cuba. He told a small crowd in Miami, “We will not lift sanctions on the Cuban regime until all political prisoners are freed, freedoms of assembly and expression are respected, all political parties are legalized, and free and internationally supervised elections are scheduled.” Trump’s decision to roll back some of Barack Obama’s Cuba policy’s is a break from the tone he’s taken when dealing with Russia, Saudi Arabia, the Philippines, and other countries with problematic records on human rights.

Trump’s policy changes have been criticized for being a return type of Cuba strategy the U.S. employed during the Cold War. Democratic Congressman Jim McGovern explained, “These policy changes by President Trump will only take us back toward a Cold War policy that was a miserable failure and held our country back for more than 50 years.”

Restrictions on U.S. tourism could affect air travel companies such as American Airlines and hospitality companies such as Starwood, Marriott and AirBnB, major U.S. companies that have made efforts to increase their operations in Cuba. The end of the Obama-era detente with Cuba is a new political risk that may also cause telecom companies such as Verizon and IDT and IT outsourcing companies to pause before thinking about investing in Cuba.

To get a sense of what Trump’s proposed policy changes might mean for companies thinking about investing in Cuba, I reached out to Jason Marczak, the director of the Latin America Economic Growth Initiative at the Atlantic Council’s Adrienne Arsht Latin America Center.

Nathaniel Parish Flannery: How much do Trump’s policy tweaks roll back Obama’s efforts to open relations with Cuba?

Jason Marczak: The travel restriction is real, with impacts U.S. tourists will feel. Since the embargo was first instated in 1962, travel to Cuba has needed to fall into one of twelve categories: family visits; official business of the US government; journalistic activity; professional research and meetings; educational activities; religious activities; public performances, clinics, workshops and exhibitions; support for the Cuban people, humanitarian projects; activities of private foundations; exportation, importation, and transmission of information or informational materials; and certain authorized export transactions.

The Obama administration eased Treasury and Commerce Department restrictions —such as limits on time and spending — and instituted general licenses that no longer required travelers to strictly specify on paper the purpose of their visit, if they could show it fit within one of the twelve categories. As we’ve seen, Americans flocked to Cuba. Last year alone, over 500,000 Americans visited the island.

The biggest change travel-wise? President Trump’s proposed policy ends self-guided, self-initiated, people-to-people travel to Cuba. Americans can still travel to Cuba, but for people-to-people purposes they can now go only as part of a group. Keeping a journal and filling your days in Havana with museum visits, meetings, and conversations with the Cuban people will no longer suffice to obtain a general license to visit the island.

Beyond travel, economic restrictions removed by Obama, like those on remittances, have not been reinstated, fortunately. And the proposed change places no limitations on goods Americans can bring back from Cuba. Gifts or items purchased for personal consumption can be brought back from Cuba — good news for tourists looking for a Cuban keepsake. That said, where and how Americans spend their money will be limited. The administration plans to announce a “blacklist” of companies tied to the Cuban military — it remains to be seen how that tie will be measured.

Through all of this, it’s important to note that the embargo is separated into parts, including executive orders, laws passed by Congress, and policies enacted by the departments themselves. Although each president has the power to influence the embargo through policies and executive orders, by law economic restrictions put in place by the Cuban Assets Control Regulations (the bulk of the embargo) cannot be removed by the president.

Parish Flannery: What effect will these measures have on Cuba?

Marczak: On a practical level, the proposed measures risk slowing the growth of Cuba’s emerging private sector, which has come to rely on the inflow of cash from U.S. tourists and new companies investing on the island. Rather than changing Cuba’s stance on human rights, which has not bent significantly to the five-decade-plus embargo, this is far more likely to push Cuba into the arms of Russia and others increasingly present in the region.

This rollback is also a potential detriment to our relationship with the rest of the hemisphere. Latin America’s pushback might be mitigated by the President’s decision not to reinstate the Wet Foot, Dry Foot policy that granted Cubans who made it onto American soil a much easier path to permanent residency. But U.S.-Cuba policy has been a thorn in U.S. relations with Latin America for quite some time. That was largely removed with our opening; we cannot afford to move backwards.

More importantly, this new policy has implications for our own national security. Since the thawing of relations, the United States has signed nine bilateral agreements with the island on issues ranging from drug trafficking to identification fraud. Cuba has the potential to be a key U.S. ally in stopping illegal drug trafficking and unauthorized migration, and we risk losing that partner by taking this position.

Unfortunately, Cuba has been singled out for more than its human rights violations, and it has become obvious the President is bending to the wishes of a select, but shrinking group of Cuban-American business leaders and congressmen who have vocally pressured him to take a stronger stance. Time will tell that engagement is the best approach to bringing about change.