How does Cuba manage to achieve first-world health statistics? 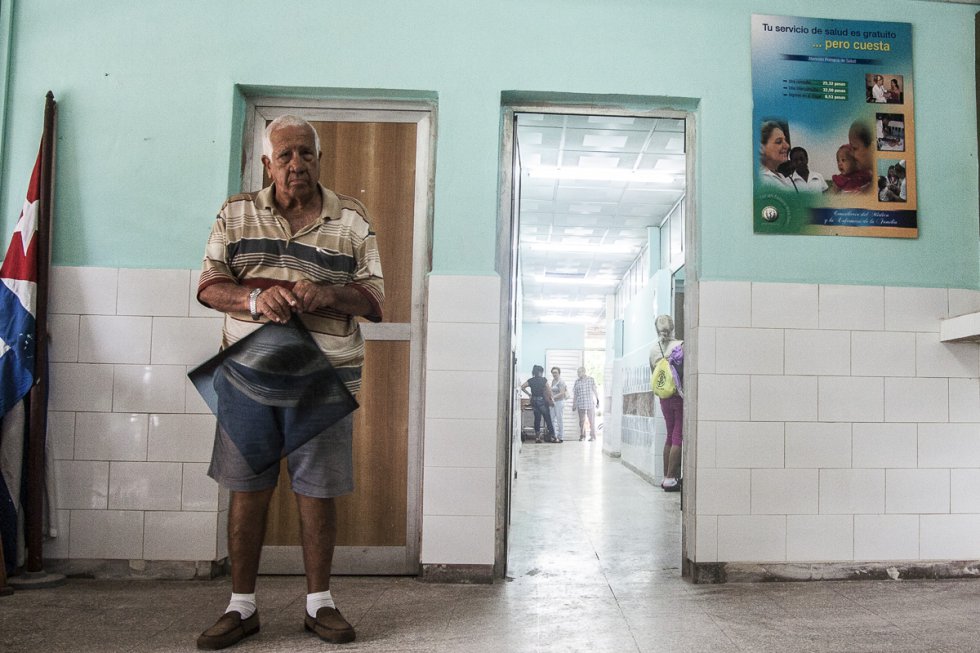 Cuba’s healthcare system is a source of pride for its communist government. The country has well-trained, capable doctors, the sector has become an important export earner and gives Cuba valuable soft power – yet the real picture is less rosy. A lot of health infrastructure is deteriorating and there is a de facto two-tier system that favors those with money.

Cuba’s child mortality rate is on par with some of the world’s richest countries. With six deaths for every 1,000 births, according to World Bank data from 2015, Cuba is level with New Zealand. In 2015, the global average was 42.5 deaths for every 1,000 births. Despite more than half a century of a US economic embargo, Cuba’s average life expectancy matches that in the US: 79.1 years, just a few months shorter than Americans who, on average, live to 79.3 years, according to 2015 data from the World Health Organization (WHO).

Much of Cuba’s success in these areas is due to its primary healthcare system, which is one of the most proactive in the world. Cuba’s population of 11.27 million has 452 out-patient clinics and the government gives priority to disease prevention, universal coverage and access to treatment.

Cuba has also produced innovations in medical research. In 1985 the country pioneered the first and only vaccine against meningitis B. The country’s scientists developed new treatments for hepatitis B, diabetic foot, vitiligo and psoriasis. They also developed a lung cancer vaccine that is currently being tested in the United States. Cuba was also the first country on earth to eliminate the transmission of HIV and syphilis from mother to child, a feat recognized by the WHO in 2015.

In 2015, Cuba spent 10.57% of its GDP on health, slightly higher than the global average. According to the World Bank in 2014, the European average spending GDP spending was 10%, compared to 17.1% in the United States.

A lesser-known characteristic of Cuba’s healthcare system is the existence of special clinics, reserved for tourists, politicians and VIPs. The state reserves the best hospitals and doctors for the national elite and foreigners, while ordinary Cubans sometimes must turn to the black market or ask expatriate friends or family to send medicine.

“Cuba’s health service is divided in two: one for Cubans and the other for foreigners, who receive better quality care, while the national population has to be satisfied with dilapidated facilities and a lack of medicines and specialists, who are sent abroad to make money for Cuba,” says Dr. Julio César Alfonzo, a Cuban exile in Miami and director of the NGO Solidaridad Sin Fronteras.

However, despite these impressive statistics, the quality of primary healthcare, which has been fundamental to Cuba’s success, has been declining in recent years. Between 2009 and 2014 there was a 62% fall in the number of family doctors, from 34,261 to 12,842, according to Cuba’s National Statistics Office (ONEI).

An army of white coats

In the words of Fidel Castro, Cuba’s “army of white coats” was formed in 1960, when a medical brigade was sent to Chile after an earthquake left thousands dead. Since then, Cuba has sent more than 300,000 healthcare workers to 158 countries in Latin America, Africa and Asia, according to Cuba’s state news agency. Today, around 50,000 Cuban medical workers are present in 67 countries.

“Cuban doctors are rooted in solidarity and in the Hippocratic Oath. Our job would be unthinkable without foreign missions,” says Salvador Silva, a doctor specializing in infectious diseases who has worked in Haiti and Liberia.

“Yes, our salary is low and maybe that pushes us to go abroad, but it also makes us proud when we see our work recognized throughout the world, on top of just helping in our own country,” he adds.

Doctors are arguably Cuba’s most profitable resource and the country’s medical missions have proved to be a lucrative diplomatic tool. The healthcare industry is also one of the country’s main sources of income. In 2014, Cuban authorities estimated overseas healthcare services would bring in $8.2 billion, putting it ahead of tourism.

Cuba has a different deal with each country it works with. For example, in exchange for sending 3,500 health care workers to work in and provide training in Venezuela, a close Cuban ally, Venezuela sends oil.

With such a high demand for personnel, some suspect that the Cuban government has been reducing educational requirements to hasten students’ entry into the work force.

“They are giving doctors licenses in record time to meet the need to export them, and this has been detrimental to the quality of training and medicine, which used to be the best. This has been happening since they started the program in Venezuela, between 2003 and 2004,” says Dr Alfonzo.

Doctors are also eager to be sent abroad, not only to help the less fortunate, but also for money. Salaries are higher – depending on the location, with doctors abroad reportedly making up to $1,000 per month (minus taxes), whereas those in Cuba make around $50. On the island, it isn’t rare to find taxi drivers, shopkeepers or construction workers with medical degrees.

Juan drives a 1950s Chevrolet he bought with his brother and he uses it as a taxi from 6pm to midnight. He’s also a doctor in the clinic Hermanos Ameijeiras.

“The wage is a pittance. We find ourselves obligated to make a living doing other things. I have coworkers who sell prescriptions to pharmacies, who work in unlicensed clinics or help their families in shops. It’s frustrating,” he says. “It’s like they’re pushing us to enlist in international missions, the business of Cuba.”

The country’s medical missions abroad have been an important escape route for Cubans looking to defect. Before migratory reforms were passed in January 2013 allowing Cubans with passports and visas to travel abroad, the preferred way to abandon Cuba was via Venezuela. In 2013 and 2014, more than 3,000 doctors deserted the island to go to the United States through a special visa program called Cuban Medical Professional Parole, a program started by George W. Bush to help healthcare workers who had escaped while working abroad.

Lucia Newman, a former CNN correspondent in Habana, said Cuban doctors complain that travel restrictions prevent them from attending conferences or keeping abreast of the latest medical advances. The US trade embargo on Cuba includes some textbooks, but the major problem is that Cuban doctors cannot buy medical equipment from the United States or from any US subsidiaries.

For Odalys, a young patient waiting at the Hospital Salvador Allende, “the situation is becoming unsustainable in this country and it’s not because of a lack of specialists, it’s because we have to bring everything ourselves. I just bought a light bulb for the hospital room. I’ve called home so that they can bring me bedding, towels and even toilet paper. There aren’t even stretchers, I saw a family carrying their sick son into a room. Free and universal health care, yes, but it’s a bit of a mess and very informal,” she says.