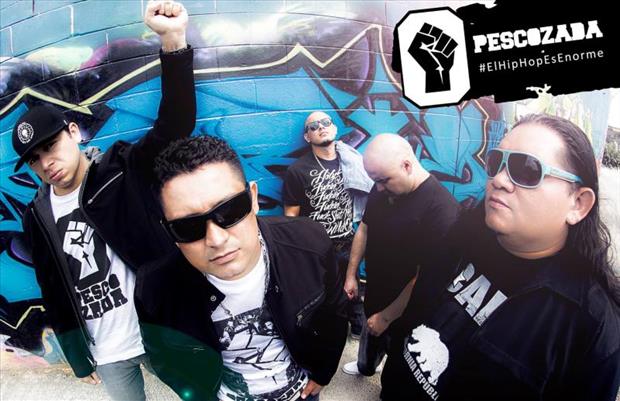 Havana, Apr 28 (Prensa Latina) Salvadoran Hip Hop band Pescozada is considered the most influential hip hop band in El Salvador and Central America, and is now coming to Cuba, included in the poster that shows the list of the artists taking part in the 25th edition of Romerias de Mayo, according to its organizers.

Pescozada, with five artists in its list, will only be represented by Debil Estar and Omnionn at the multi-cultural event in session from May 3 to 8 in the Cuban eastern city of Holguin (740 kilometers from Havana).

The Salvadoran hip hop duetto will perform in Holguin on May 3 and 4 to come to Havana on May 5, and perform at Havana’s Pabellon Cuba (Cuba Pavillion).

Pescozada, performing since 1998, made its recording debut in 2002 with an album called ‘Diaz Ozkuros en el Barrio’ (Dark Days in the Neighborhood), starting an important trajectory that has given a new dimension to urban music in El Salvador and Central America.

The band is formed by musicians Debil Estar, Fat Lui, Franco, Eddy XP and Omnionn, and its work reflects the complex reality of the contemporary society in the region.

In its beginnings their work was mostly featured by the consequences of the civil war in their original country.