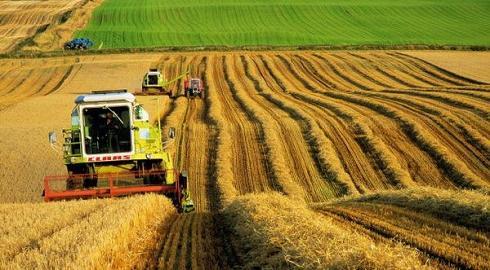 The Helena City Commission agreed on a split vote to endorse a resolution urging Congress to normalize relations with Cuba.

According to the three-page document, the U.S. embargo of Cuba has cost the American economy $1.2 billion annually. Prior to the embargo, nearly 70 percent of Cuba’s international trade and 84 percent of all food consumed in Cuba came from the U.S.

While normalizing trade with Cuba would enhance Cubans’ access to affordable food, the resolution also said American farms and businesses would benefit from new markets.

Of the two people who spoke in support of the resolution, Jorge Quintana, who said he is Cuban-American, said it would be a boon to not only the U.S. but to Montana “and it is a beacon of hope to the people in Cuba.”

Support from these two groups isn’t just because they see an opportunity for increased business exports, he explained,“but because they understand that when you open up a country to trade, it’s not just trade that goes. It’s our ideas that go. It’s our people that go. And this expands our influence. And history has shown us that when you increase trade with countries like Cuba, freedom follows very often.”

In February the first secretary of the Cuban embassy in Washington, D.C., visited Montana. During his stop in Helena, an event at the Holter was attended by more than 250 people, Quintana said.

Helena and Cuban-Americans have a long history, he continued and said that it spans generations.

Children from Cuba came here during the “Peter Pan years” of the 1960s, Quintana said.

The website pedropan.org said that more than 14,000 unaccompanied children were sent to the U.S. by their Cuban parents who feared their government would take away their parental authority.

Hundreds of these children were here for two years, Quintana said.

“This resolution, which maybe you think isn’t going to have that big of influence, I can tell you it will solidify and recognize this friendship between the people of Cuba and the people here in Helena, Montana.”

He predicted the resolution, which would be recognized in Cuba and Washington, D.C., would lead to economic and cultural opportunities for Helena and all of Montana.

Montana has agricultural products, beef and timber that Cuba now purchases from Brazil and China, Quintana said and added that resolutions such as this encourage that trade.

Farris-Olsen asked for the commission’s support for cultural and economic reasons, and also to help reunite families.

Mayor Jim Smith said he typically doesn’t seek to involve the commission in international relations but was persuaded by Quintana, who also spoke of being denied the opportunity to ever meet his grandfather because of the political rift between the U.S. and Cuba.

Ellison said he too typically doesn’t see the need for the city commission to involve itself in policy of this nature.

“I really just have a hard time believing that it’s the city of Helena’s commission’s business to tell the administration something that they’re already doing,” Ellison said.

He said he wished there were normalized relations of Cuba 60 or 70 years ago.

“It just doesn’t make sense to me that we’ve gone all this time without having normal relations with Cuba. But I don’t think that us passing a resolution is going to make a difference one way or another.”

And if the commission is going to pass this resolution, Ellison asked why stop there as the city could address school choice, shipping beef to Asian countries and sage grouse habitat.

Addressing these kinds of issues, he explained, would detract from the commission’s attention to local concerns such as utility rates, services – such as police, fire and parks – and potholes, among others.

Commissioner Andres Haladay spoke last and in support of the resolution.

The commission is a legislative body and free to comment on and pass resolutions on anything that is seen as implicating Helena’s interests, he said.

The voice of Helena’s commission is small, he continued, but hopefully loud enough that it amounts to ripples in a pond that build to a wave.

City commissioners during his four years have not had many resolutions involving matters beyond Helena’s borders, Haladay said, and the commission has had an articulated reason why Helena is impacted.

This call for normalizing relations with Cuba comes only days after a commission discussion during an administrative meeting on a draft resolution proposed by Haladay recognizing global climate change and the city’s past support of the Conference of Mayors climate protection agreement.

While stating support for the Paris Climate Agreement, the proposal, slated for commission consideration on June 26, calls for the city to continue to support action to meet the agreement.

Included in the draft document is for an annual report to be prepared for the city on activities implemented by the city and tracking greenhouse gasses and energy use, among other resources.

The report is to also recommend future sustainability measures for the city.