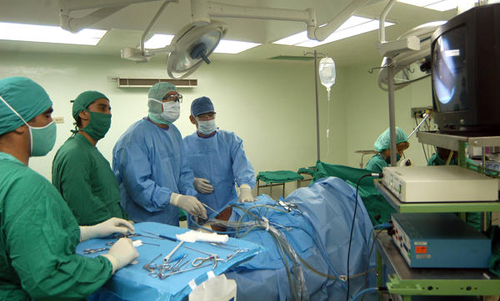 Havana met the mother-child program purposes, with a mortality rate of 3.8 per thousand live births, he said.

He explained that there was this year an increase in the birth rate after the implementation of measures such as the establishment of fertility consultations in primary care and the opening of advanced technology centers at Hermanos Ameijeiras and Ramón González Coro Hospitals.

Seven houses for grandparents were opened and the existing infrastructure was improved; nursing homes were repaired, enabling to increase in 300 the amount of beds in these centers, said Garcia Moreiro.

The province has 1 700 family doctors’ offices available in the past two years and nearly 700 of them were repaired and we work so that each of them to has the basic conditions to provide service to the people, he noted.

Mortality in HIV-AIDS infected patients decreased this year, but we must broaden the range of advocacy groups to encourage preventive behaviors such as condom use, he stated.

In teaching, he added, there was an increase in enrollment and promotion at different levels of the undergraduate and graduate levels.

Havana is committed to improve health indicators in 2016, said Garcia Moreiro, and work with greater efficiency and control of resources.