Guyana Urges UN To Stop US Blockade Against Cuba

Posted on September 21, 2017 by Anthony Brenner 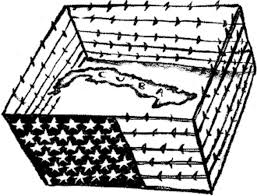 United Nations, Sep 20 (Prensa Latina) Guyana”s President David Granger demanded today the cessation of the US economic, commercial and financial blockade against Cuba during the high-level segment of the UN General Assembly.

We demand the withdrawal of the unjust economic ‘blockade’ against the Caribbean island of Cuba, an action that frustrates Cuba’s right to development, assured the Guyanese leader on the second day of the 72nd session of the multinational forum.

Granger also reaffirmed Guyana’s position to support the Security Council’s request for reform to give greater voice to developing countries in the highest United Nations body.

The head of state stressed the need to preserve the planet to ensure the survival of humanity, by stating the great threat that represents the acceleration of the climate change effects.

He recalled that the small island of the Caribbean and North American regions recently faced and still suffer the devastation of a series of hurricanes, ‘to whose frequency and ferocity humanity contributes through the reckless exploitation of the resources of the earth ‘He said.

Guyana will play an active role within the limits of its resources to provide relief to affected populations in the Caribbean sister states, stressed the president of that South American nation.

In another part of his address, the Guyanese leader addressed the border conflict that his country maintains with Venezuela for the bordering region of the Essequibo.