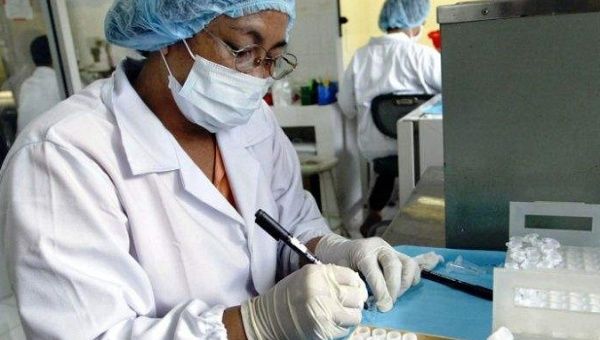 Cuba has trained more than 80,000 doctors across the world for free. | Photo: EFE

Up to now, 790 Guyanese doctors have graduated from Cuba’s Latin American School of Medicine.

Some 38 medical students from Guyana dedicated their graduation ceremony on Thursday to late Cuban revolutionary Fidel Castro, honoring his lasting support for medicine and education in the South American country.

The ceremony, attended by Guyanese and Cuban government officials, celebrated over six years of cooperation between both countries in medical education.

Up to now, 790 Guyanese doctors have graduated from Cuba’s Latin American School of Medicine, ELAM, with help from Havana-commissioned scholarships, according to Cuban Ambassador to Guyana Julio Gonzalez.

Gonzalez reiterated the Cuban government’s commitment to continue training doctors from Guyana so that they can improve the health of its people.

Guyanese Minister of Public Service Rupert Roopnaraine said he was grateful for Cuba’s contribution to the country by training public health professionals, which he said enhanced Guyana’s quality of life.

The program was founded in 1999 with the mission of training aspiring doctors from poor communities who otherwise couldn’t afford to attend medical school.

In May, the World Health Organization awarded ELAM for its work in combatting the Ebola virus in Sierra Leone, Liberia and Guinea. Cuba sent more than 250 workers when the crisis peaked in 2015.

Overall, the country has trained more than 80,000 doctors across the world for free.