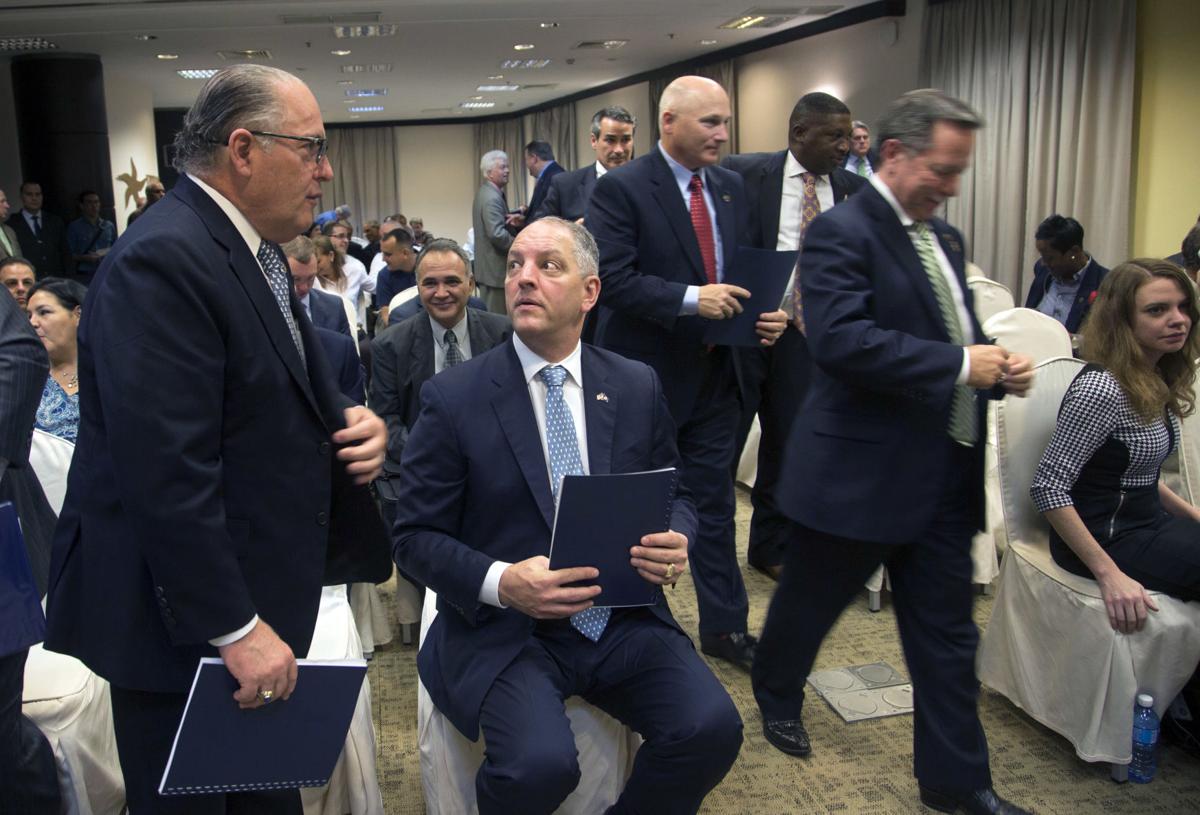 On Dec. 21, 110 years ago today, the LSU football team boarded the Cuba-bound steamship S.S. Chalmette to play what was likely the first postseason college football game on foreign soil. The Christmas Day game against the University of Havana capped a 6-3 season for the Tigers, who excited fans with their open and innovative offense.

The “Bacardi Bowl,” as it was subsequently called, is a colorful example of Louisiana’s vibrant relationship with Cuba.

While the U.S. and Cuban governments will determine the overall trajectory of the relationship, history suggests that Louisiana can shape its commercial and cultural contours for mutual benefit.

Louisiana’s farmers produce the agricultural commodities — including, soy, rice and poultry — that Cuba needs, while our extensive port system — five of the top 15 ports in the United States — offers a conduit to America’s agricultural heartland.

Last year, Louisiana led the nation with $114 million in exports to Cuba, representing over 46 percent of the U.S. total. Since 2004, Louisiana has exported $1.9 billion in agricultural products to Cuba. Commodities from inland states account for a significant percentage of these totals, but this trade generates income for our ports, which support over 500,000 jobs.

And Louisiana could do even better. Cuba imports $2 billion in food each year and consumes more rice per capita than any other country in the hemisphere. By some estimates, Louisiana could capture up to $500 million of Cuba’s market.

On Nov. 8, the Trump administration announced regulations to tighten restrictions on travel and trade with Cuba. A series of unexplained incidents harming U.S. diplomats in Havana have further strained the relationship.

Despite the chilling effect of these developments, the fundamental policy goal has remained the same: to promote Cuba’s liberalization through engagement with the private sector. While the regulations prohibit direct financial transactions with 180 companies, they protect opportunities for American businesses. The regulations exempt business transactions concluded before their release, expand an authorization to export items to Cuba’s private sector, and unlike most other U.S. sanctions, do not prohibit transactions with subsidiaries of restricted companies.

U.S. Rep. Rick Crawford, R-Arkansas, has drafted a bill to remove the most significant impediment to agricultural exports to Cuba: the restriction on private credit that requires Cuba to pay in cash, up front. In an interview for this article, Crawford said the bill would benefit 17 million rural Americans in agribusiness, offer Cuba better products, and establish a foothold for future joint investment. The Trump administration’s Agriculture secretary, Sonny Perdue, supports removing the restriction. “The administration specifically left this door open in the Cuba policy and we should go through,” Crawford said.

Louisiana’s state government should also maintain momentum from Gov. John Bel Edwards’ trade mission to Cuba last year. The trip produced memoranda of understanding to share information on ports and agriculture. A subsequent report encouraged other state entities to develop partnerships with Cuba outside of trade.

On Christmas Day in 1907, the Tigers defeated the University of Havana 56-0, capitalizing on their size and the shiftiness of right end George “Doc” Fenton, a future hall of famer. The publicity from the “Bacardi Bowl” helped LSU recruit Cuban students to the university’s world-class Audubon Sugar School. “The game will do much to cement the friendly educational relations between the two countries,” the Daily Picayune reported.

As President Raúl Castro prepares to step down in February, and Cuba embarks on a leadership transition, Louisiana should take similarly creative steps to rebuild commercial and people-to-people ties. Louisiana’s engagement can create economic opportunity for rural Americans, promote free enterprise for Cubans, and pave the way for a more prosperous relationship for both countries.

Maxwell J. Hamilton is a visiting scholar in the Geoeconomics and Strategy Program at the Carnegie Endowment for International Peace. Raised in Louisiana, he is a career Foreign Service officer with the U.S. Department of State. The views expressed are his own and not necessarily those of the U.S. government.