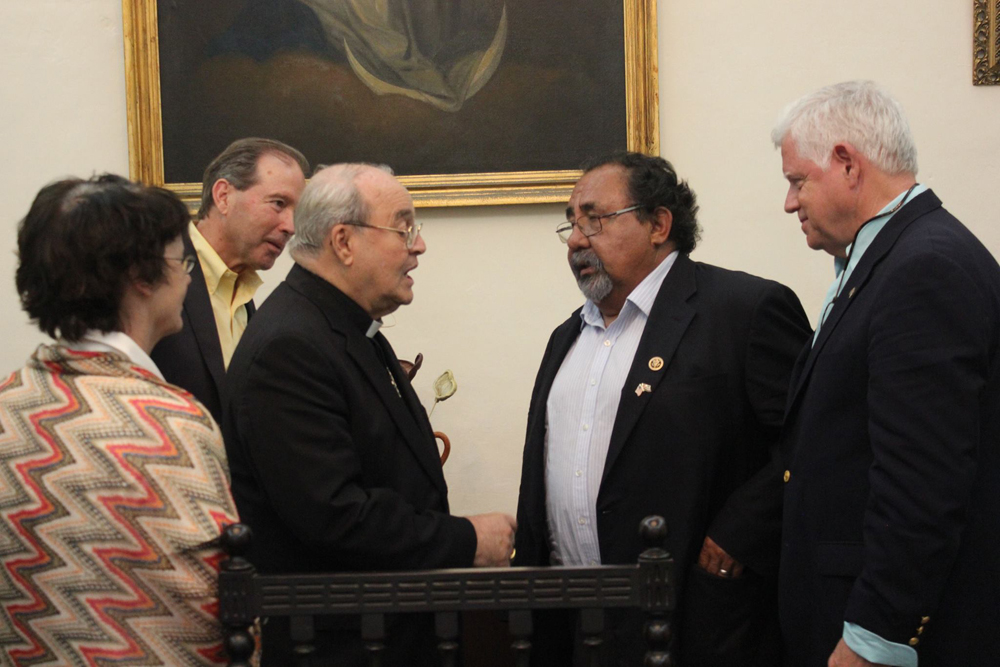 “Visiting Cuba in person was an opportunity to see first-hand the many ways our nations can mutually benefit from open relations,” U.S. Rep. Raul Grijalva said Monday, after a trip to the island nation last week. “President Obama has taken significant actions to normalize relations with Cuba. Now Congress must act to fully end the decades-old trade and travel embargo.”

Grijalva traveled to Cuba, still the subject of a U.S. embargo, for five days, along with U.S. Sens. Tom Udall, D-N.M., and Al Franken, D-Minn., as well as Rep. John Larson of Connecticut.

The delegation returned to the United States on Thursday, one day before President Barack Obama removed Cuba from the State Department’s list of state sponsors of terrorism.

“We are the only nation in our hemisphere that doesn’t deal with Cuba, and that has to change if we want to develop a mutually prosperous relationship with this neighbor just 90 miles off our coastline,” the Southern Arizona Democrat said in a news release.

“As Cuba opens its markets, it’s vital that Arizona’s agricultural, technological and business leaders engage in the new opportunities that develop,” he said.

Grijalva noted that “Cuba needs farming equipment and agricultural goods” and “only 20 percent of Cubans have access to the internet right now.”

While Cuba is still the focus of a U.S. trade embargo — which can only be lifted by Congress — the Obama administration has begun to normalize relations with the island nation.

The first congressional delegation to Cuba in decades traveled there in January. Earlier this month, the U.S. approved ferry service between the two countries for the first time in five decades.

Also making a trip to a Communist nation last week was U.S. Sen. John McCain, who traveled to Vietnam to discuss security and economic issues.