Posted on September 26, 2015 by Anthony Brenner 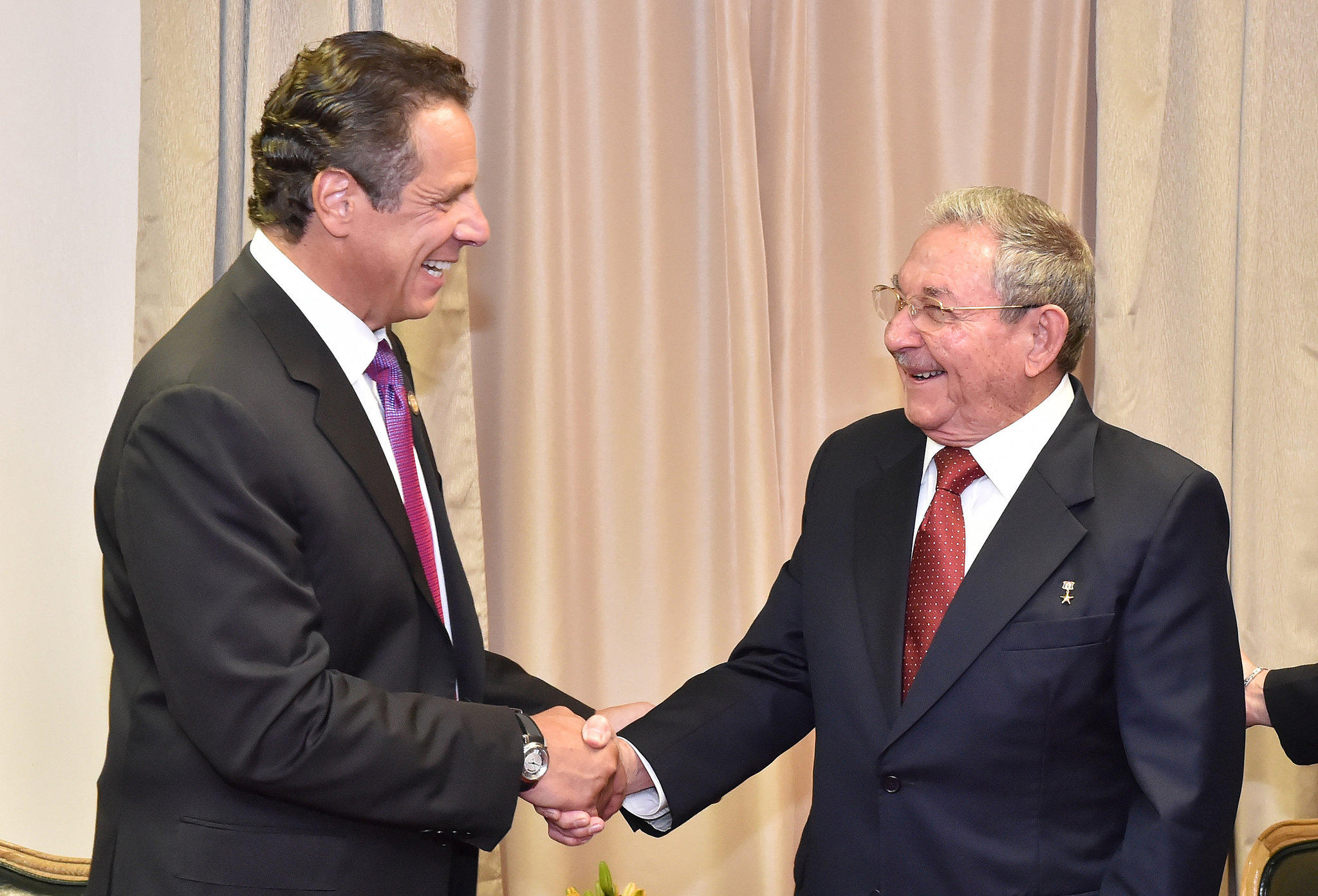 Gov. Andrew M. Cuomo of New York in a meeting with President Raúl Castro of Cuba at the United Nations on Friday. Kevin P. Coughlin/Office of the Governor

Gov. Andrew M. Cuomo of New York, seeking to expand the state’s relationship with Cuba, met on Friday with its president, Raúl Castro, for the first time, the governor’s office said.

Mr. Cuomo, along with Howard Zemsky, one of his top economic advisers, met with President Castro and some of his advisers at Cuba’s mission to the United Nations, said Dani Lever, a Cuomo spokeswoman.

The governor traveled to Havana in April for a brief trade mission, an effort he hoped would pave the way for New York companies to expand into Cuba. He traveled with political leaders and business executives from the state. JetBlue, Chobani Yogurt and Cayuga Milk Ingredients were among the companies on the trip.

“Change is unsettling, and there are a lot of strong feelings,” Mr. Cuomo told reporters in April. But he said that change was coming to Cuba, and that New York would be there to capitalize on it. “I think it is inevitable,” he said. “I think it is happening.”