Gilmore: Bellevue University grad makes the most of studies in Cuba 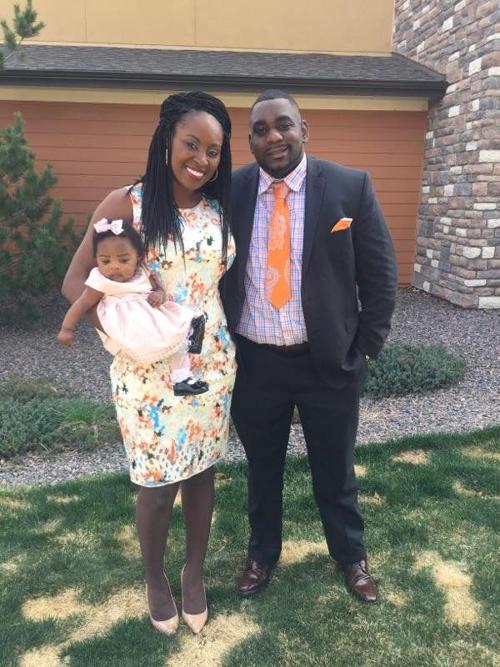 Jamel McNair was eager to travel to Cuba to study and represent Bellevue University in 2016.

After graduating with a Bachelor of Business Administration degree, McNair went to Cuba as part of the International Career Studies program.

The program works to provide comprehensive educational travel experiences around the world. The goal is to make clients more marketable locally and globally, as well as to further the interest of promoting international goodwill.

McNair, 30, said the program director he worked with, Ben Soave in Canada, made the connection with all the professors, drivers and tutors, ensuring a smooth arrival.

“I was welcomed with a warm reception when I got off the plane,” McNair said. “I was embraced with friendship and felt welcomed in Cuba. I walked out of the airport and there was a small group of people cheering as if I were famous. For about 35 seconds, I felt like Bruno Mars.”

McNair was especially excited about this opportunity after he saw President Barack Obama become the first American leader in the post-Cold War era to visit Cuba, in March 2015. The last American president prior to Obama to visit Cuba was Calvin Coolidge in 1928.

The United States severed ties with Cuba when Fidel Castro became prime minister of the Republic of Cuba in 1959. He quickly imposed sanctions and placed substantial taxes on U.S. imports, and nationalized private land and companies. The U.S. and Cuba agreed to restore diplomatic ties in December 2014.

McNair was in Cuba for a month, and during that time he took classes in business, history, culture, music, Spanish and art. He was especially excited about getting clearance to take classes with Cuban students; he had the advantage of seeing their perspectives on life. He told how he learned so much more about the history of Cuba and studied at the Universidad de la Isa, which is a popular art, music and culture university.

McNair was determined to make the most of his experiences in a foreign land. He took notes and videos of his experiences. He had an aunt who lived in Cuba, and he was eager to have an opportunity to see where she and her family members lived.

He said landing in Cuba was like landing in Atlanta or Washington, D.C., because there were so many black Cubans. They are very much in touch with Africa, with African signs engraved in the sidewalks.

“I was always met with a smile and treated with respect,” McNair said. “I felt safe on the streets at night.”

It was somewhat difficult to get used to not having any American credit cards accepted there; most things were paid for with cash.

A professor took him to the National Union of Writers and Artists of Cuba, where he could find singers, musicians and Afro-Cuban bands. He was excited when he met his fraternity brother NBA All-Star Shaquille O’Neal and spent some time with him in Havana. O’Neal, who served as the first U.S. State Department sports envoy to Cuba, encouraged McNair in his pursuits.

“I woke up every morning reminding myself of this great opportunity and I didn’t want to deliver anything but greatness when it came to submitting work or giving presentations,” McNair said.

McNair is the son of Augustus and Kaynette McNair. His mom is a retired Omaha Public Schools administrator and his father is a musician who has blessed many church members and others with his gospel singing and instrumental musical ability. Their son has experienced family-positive role modeling all of his life. The family members are strong Christians who believe in striving for the best.

McNair is a regional director of Safe Haven Security ADT, and his supportive wife, Brittany, is an IT director at Software Engineering Services. Their baby daughter, Brielle, is surrounded by love with both sets of grandparents, other loved ones and friends. One day, they expect her to strive for excellence.

It appears as if McNair fully embraces author William Eardley’s famous quote, “Ambition is the path to success, persistence is the vehicle you arrive in.”