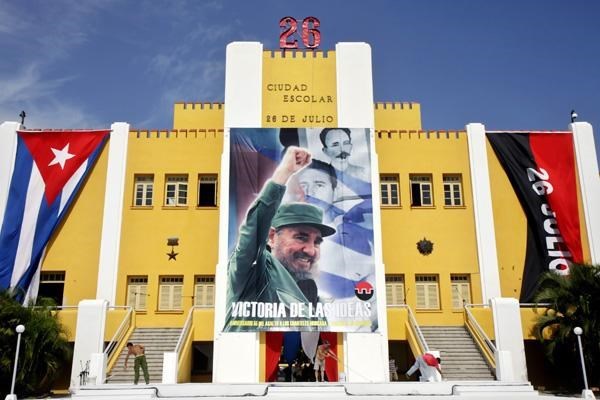 Quang Ninh (VNA) – A friendship gathering was held in the northern province of Quang Ninh on July 27 to mark the 65th anniversary of the attack on the Moncada Barracks (July 26) which was viewed as the beginning of the Cuban Revolution.

The event was co-hosted by the Vietnam-Cuba Friendship Organisation and the Quang Ninh People’s Committee in Ha Long city with the attendance of Cuban Deputy Ambassador to Vietnam Nancy Coro Aguitar.

The get-together provided an opportunity for Vietnamese and Cuban delegates to recall the historic attack on the military barracks in Santiago de Cuba on July 26, 1953.

The diplomat lauded the Vietnam-Cuba relationship, saying many generations of Cuban people have been brought up with the admiration and love for Vietnam.

The two countries have developed strong ties that are beyond diplomatic relations, she said, adding that they have cooperated and exchanged experience in socio-economic development and national construction.

On July 26, 1953, a group of revolutionaries led by Fidel Castro attacked the Moncada Barracks in Santiago de Cuba. Although they lost, this event paved the way for the insurrection against the regime of Dictator Fulgencio Batista and the establishment of the first agrarian-industrial country in the Western Hemisphere, taking Cuba to a new era of freedom and independence.-VNA