Evening Action in Solidarity with Cuba and the Five in Chicago

Havana, Cuba, May 15.- A solidarity action with Cuba and the anti-terrorist fighters still held in US prisons will take place on the evening of May 24 in Chicago, Illinois, the US National Committee for the release of the Cuban heroes announced on Thursday. 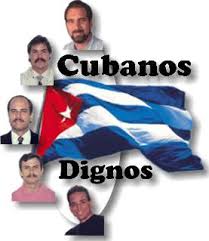 Gerardo Hernandez, Ramon Labanino and Antonio Gonzalez are serving unfair prison sentences in US jails. They were arrested as part of a group that also included Rene Gonzalez and Fernando Gonzalez, who returned to Cuba after they fully served their unfair sentences. Known as the Cuban Five, these Cubans were unfairly punished by a biased Miami trial in 2001 after they monitored Florida-based ultra-rightorganizations that planned terrorist actions against the Cuban people.

The evening in solidarity with the Cuban Five will take place amidst an annual congress of the Latin American Studies Association, May 21-24 in Chicago, a public event to be attended by over 3 thousand people.

The solidarity action is also sponsored by the Chicago-based Pro-Cuba Coalition, The Free the Five Committee in that US city and the ANSWER Coalition, among other groups.

The cause of the Cuban Five has been backed by personalities, officials, parliamentarians, activists and people in general in different parts of the world. Nobel Peace laureates have asked President Barack Obama to free the Cubans and send them home.

A United Nations expert panel ruled in 2005 that the arrest of the Five was an arbitrary action.(ACN)