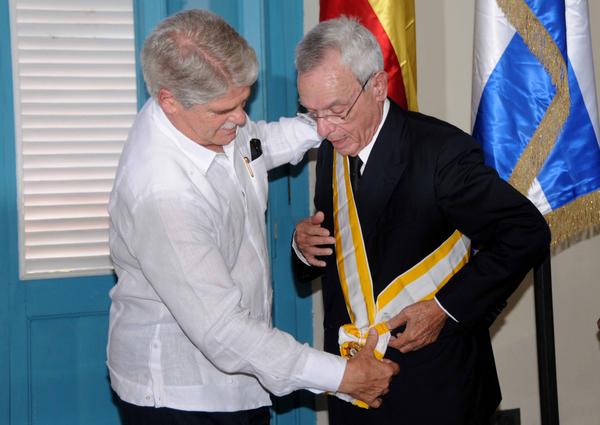 Dastis said that the order was issued by King of Spain Felipe VI in May 2017 in recognition of the work carried out by Leal in the process of restoration of Havana.

According to Dastis, King Ferdinand VII created the ‘Royal and American Order of Isabella the Catholic’ on March 14th, 1815, to praise citizens and foreigners in good standing with the nation.

At the ceremony held in the historic center of Habana Vieja, Dastis said that Leal’s work withstands the ravages of time and apathy.

Leal’s work preserved a unique city for Cuba and the world, while boosting the training of specialists based on the respect for the past.

Meanwhile, Leal expressed his gratitude for Spain, in his speech, he referred to the history shared by Spain and Cuba, including the same language, customs and culture.

He also thanked historic leader of the Cuban Revolution Fidel Castro and Cuban President Raul Castro for their ‘deep trust’ in the restoration work.