Posted on January 4, 2018 by Anthony Brenner 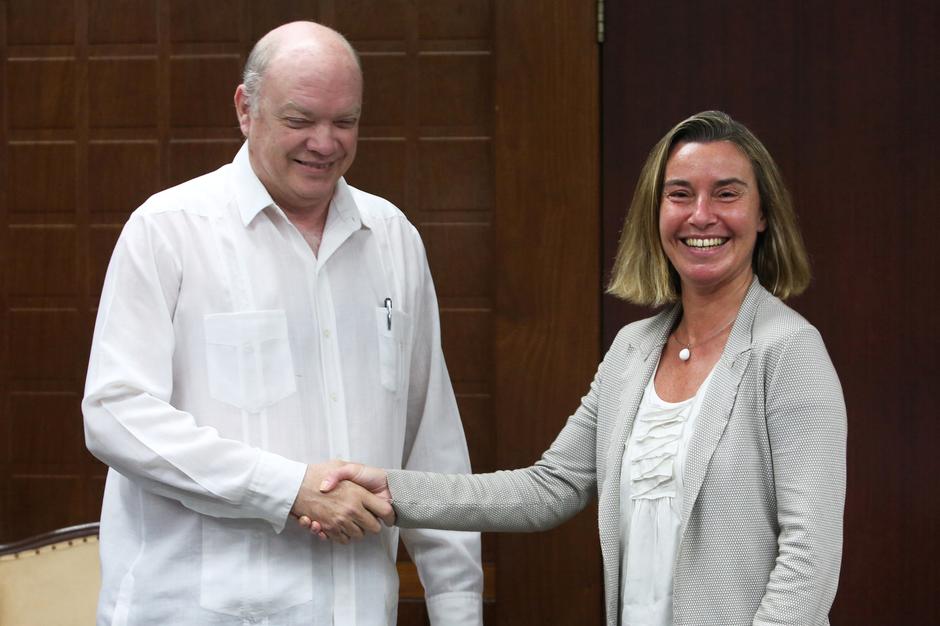 Havana, Jan 3 (Prensa Latina) The head of the European diplomacy, Federica Mogherini, expressed today interest in increasing the economic operations and opening new cooperation sectors of that bloc with Cuba.

Mogherini met today with the Cuban Minister of Foreign Trade and Foreign Investment, Rodrigo Malmierca, who after welcoming him stated that ‘three visits in three years is a sign of interest in developing relations between both parties.’

The high representative of the European Union (EU) for Foreign Affairs and Security Policy and vice president of the European Commission (EC), began with this interview his working agenda during this two-day visit to Cuba.

The links between Cuba and the EU are in good condition and are developed in a positive way, characterized by a favorable exchange and political dialogue, the parties maintain.

This island has full diplomatic relations with the 28 member states of the EU, in which highlights moments such as the state visit of the Cuban president to France and those made by the leaders of France, Austria, Cyprus, Ireland and Portugal, of the Prime Ministers of Italy, Slovakia, Greece and the Netherlands to the island.

The EU remains Cuba’s second trading partner, an important issuer of tourists and investments and with potential to expand and diversify ties in many sectors.