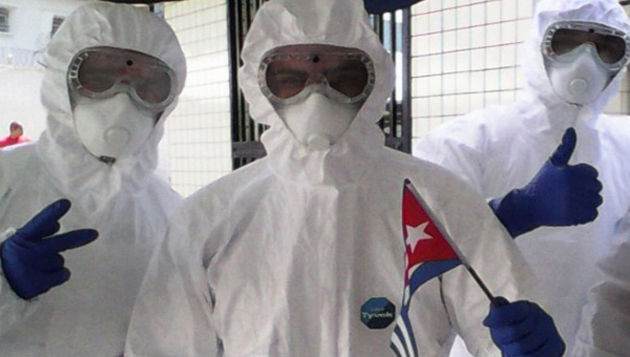 Malabo, Dec 4.- Authorities from Equatorial Guinea said farewell to 15 Cuban collaborators who, at the request of the government of this country, participated in a program to monitor Ebola epidemic, diplomatic circles informed today. The island´s specialists worked before, during and after the African Cup of Nations of soccer, held from January 17 to February 8.

They helped to prevent the entry of the pandemic, after making rigorous checks in stadiums, air, land, and sea borders, as well as raising public awareness.

According to sources, they also helped to the training of the Cuban staff working here, as well as those of the national health system.

During the farewell ceremony, Equatorial Guinean Minister of Health and Social Welfare, Juan Ndong Nguema thanked the group for the invaluable aid, stressed the historical relations between the two countries, and cooperation in area of health since they gained independence.

Ndong Nguema sent warm greetings to his Cuban peer, Roberto Morales, and stated that he will soon travel to Havana to discuss other areas of assistance in the vast health program his ministry complies with.

Cuban ambassador, Pedro Doña, congratulated his compatriots for the mission accomplished with the country, their relatives, and the ministry they represent.(Prensa Latina)