End the Cuba trade embargo and support US exports 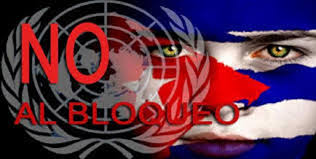 April 6, 2017 A few weeks ago, I had the opportunity to join a “people-to-people” trip to Cuba, visiting not only Havana but smaller towns, such as Ceinfuegos and Trinidad. We met with Cubans from many walks of life, in their businesses, on their farms and in their homes.

The Cuban government has slowly opened their economy to private enterprise, especially in the visitor sector, and has lifted restrictions on technology and access to a world of information. The new influx of American visitors, eating at private restaurants, staying in bed-and-breakfasts booked on Airbnb and supporting artists and musicians is slowly changing the Cuban economy.

But as relations between the U.S. and Cuba are starting to thaw, the trade embargo remains, leaving U.S. companies on the outside as our competitors from abroad gain a foothold.