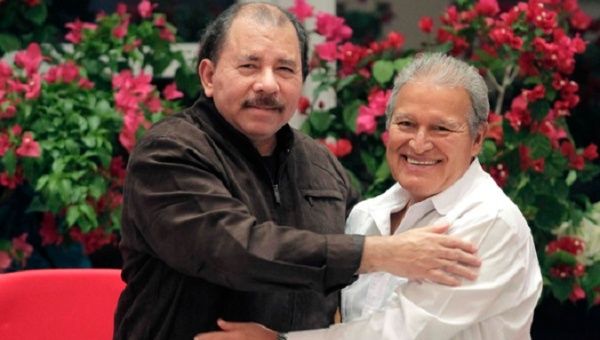 “We hope that the Nicaraguan people will solve their problems, that no one will intervene.”

July 23 (teleSUR) Criticising the right-wing political parties in Nicaragua for “destabilizing processes” in the country, Salvadoran President Salvador Sanchez Ceren showed his support for President Daniel Ortega and his government.

“We hope that the Nicaraguan people will solve their problems, that no one will intervene” and “my position is to help this process through dialogue,” Sanchez said in a statement released by the presidential office.

Sanchez Ceren, the ex-guerrilla of the Farabundo Marti National Liberation Front (FMLN), said the protests against Ortega are of groups “that have been prepared for a long time outside the country” and that “they are destabilizing because they want to overthrow a government legitimately elected.”

“How is it possible that the right is supporting destabilizing processes?” Questioned the former guerrilla commander, who assured that this sector also backed the “criminal groups that were murdering” in Venezuela, but that that nation “is now calm, is in peace.”

Sanchez criticized the actions of Ortega’s violent opponents, saying it had “destabilizing” effects on Nicaragua.  “They are destabilizing because they want to overthrow a legitimately elected government,” like Daniel Ortega, El Salvador’s head of the state noted. 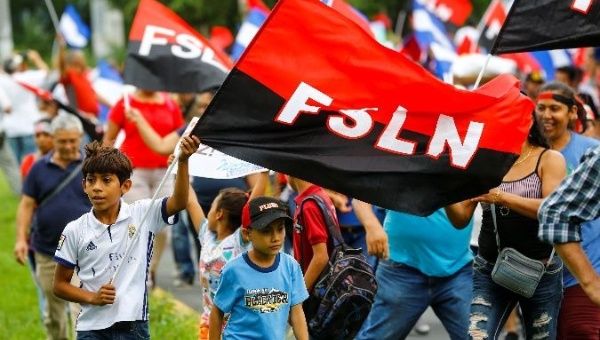 Sánchez Cerén has been under pressure to withdraw from the church and the political opposition to withdraw his support to Ortega, but the leftist leader rejected such calls as he publically showed his support for the Nicaragua government.

“My position is to help this process through dialogue,” Sanchez Ceren said on Sunday, as he rejected interventionism. “We hope that the Nicaraguan people will solve their problems, that no one will intervene.”

The Nicaraguan political crisis began in mid-April when protesters took to the streets in opposition to social security reforms that sought to overcome the system’s financial crisis by increasing contribution by both employees (0.75 percent) and employers (3.5 percent) to avoid raising the retirement age.

President Ortega withdrew the reform to avoid a spiral of violence, but the opposition’s demands had shifted from social security to the government’s removal.

Several attempts at dialogue mediated by the Episcopal Conference have been stalled despite the fact that Ortega and his government accepted the calls and attended the talks.