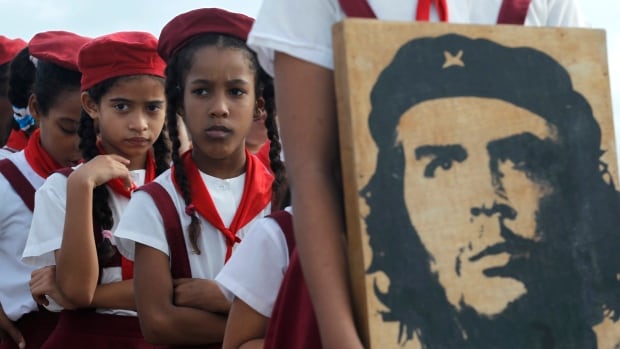 Students carry a photograph of Argentine revolutionary Ernesto (Che) Guevara, who helped Fidel Castro launch the Cuban Revolution in the 1950s and continues to have hero status in the country. (Enrique de la Osa/Reuters)

Late Cuban revolutionary’s daughter says dad would have been open to current talks with U.S.

The daughter of iconic Cuban revolutionary Ernesto (Che) Guevara is in Vancouver for a weekend conference, and told CBC that she welcomes a détente between the U.S. and Cuba.

“It is something that should have happened a long time ago,” Dr. Aleida Guevara told CBC Radio’s The Early Edition’s Rick Cluff through a translator.

“It is a relationship between two countries, and it is what is important to me — to have lanes of solidarity, friendship and respect between the two countries.”

Historic normalization talks between the two countries began earlier this week, 53 years after the U.S. broke off diplomatic relations with the communist country.

Guevara’s father, who was former Cuban president Fidel Castro’s right hand man during the Cuban revolution of the 1950s, once wrote the U.S. was “the great enemy of mankind.” 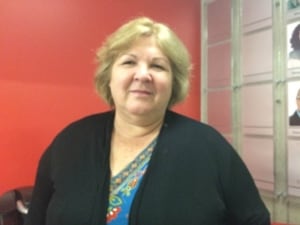 Aleida Guevara, 54, said that despite that sentiment, she believes if her father were alive, he would be open to the current talks.

“What he was saying, and what is saying always, that the United States became the worst enemy of our peoples, because the U.S. always intended to spoil our resources without respecting our identity,” she said.

“Today, in this process of restoring our relations with the U.S., we demand respect to our identity. We could have any kind of commercial relations, but with respect and equality with the two countries. Without respect, there won’t be relations.”

Guevara, a pediatrician, will be speaking at the 6th International Che Guevara Conference in Vancouver on Sunday.

By The Early Edition, CBC News