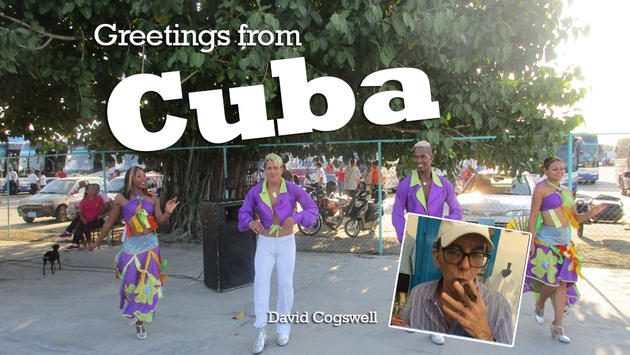 After circling around the west end of Cuba on the Celestyal Crystal, we entered the home stretch of our cruise around the island. It was painful to even think of this precious experience of Cuba drawing to a close. But we had one more stop to savor in Cuba before heading south to Montego Bay, Jamaica, where we would disembark and head home.

Our last port of call in Cuba was Cienfuegos, Cuba’s second largest port, on the south coast. The plan for our group was to just drive through Cienfuegos on the way to Trinidad, where we were planning to spend the time we had left before boarding the Crystal again in mid-afternoon for our final sailing.

When we got off the ship in Cienfuegos we were greeted by four dancers, two men and two women in matching purple shirts or skirts with streaming yellow, red and green ribbons, whipping themselves around wildly in synchronized choreography to recorded salsa music. It was one of the few times we heard music that was recorded, not live. But the dancing was live enough. It was a heart-thumping, enthusiastic welcome.

Just beyond the immigration point we boarded a motorcoach and drove briefly through some quiet streets of Cienfuegos before heading out onto country roads. It was a chance to experience the Cuban countryside.

We stopped at a country fruit stand along the highway and sampled some local fruits, including startlingly fresh mangos and adorable little plantains, like baby green bananas. We had a friendly encounter with the local farmer and his family at the fruit stand. They looked at us as curiosities. 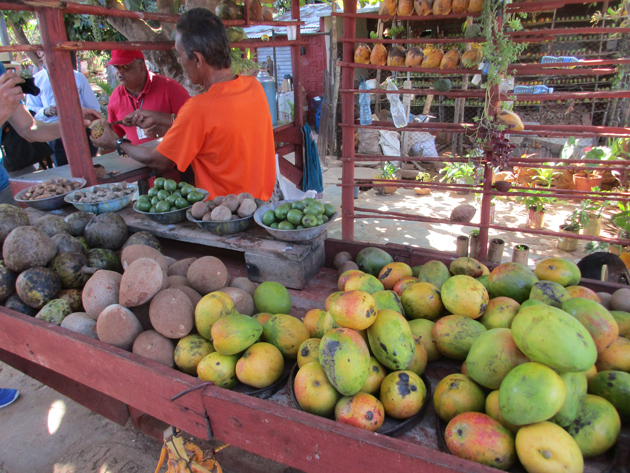 Everywhere we went beyond Havana we had the sense that we were among the first North Americans that the local population had ever seen. They were a little shy, a little curious and always friendly and kind. We were on display to them as they were to us. I was hoping we were making a good impression. How must we appear to them, I wondered.

The highway was a two-lane asphalt strip, in good shape and smooth for cruising. We encountered very few other cars or trucks. Sometimes we saw horse-drawn carts. We drove about an hour and a half through the fertile, hilly countryside to Trinidad. Our route followed the coastline and at times we were close enough to the shore to see beaches, which were fresh and clean and practically deserted. We saw a couple of quiet, simple looking beach resorts along the way.

When we reached Trinidad we encountered quaint old buildings, many painted in bright pastel colors; narrow streets, some made of asphalt, some made of ancient stones and some made only of packed earth.

We oriented ourselves by the main city square, Plaza Mayor, near the high point of the city, marked by a large, ornate church, cobblestone streets, wrought-iron grills and elegant colonial architecture. The city was founded in 1514 by Diego Velázquez. It’s been a UNESCO World Heritage site since 1988. 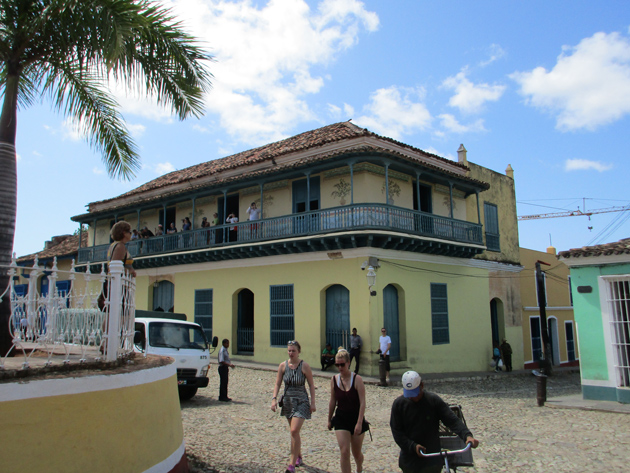 There were cafes and bars and little shops around the old city center. It was a great place to walk around or sit in a cozy bar for awhile. The prices at the local establishments made you feel rich. For a few bucks you could get a delicious mojito and your fill of any of a range of authentic Cuban dishes, such as Cuban sandwiches, croquetas or papitas frutas. And live music, of course.

At one market on a small side street lined with vendor booths, one of the vendors motioned me over toward him and showed me his iPhone. On the screen was displayed the familiar logo of KFC with the image of Colonel Sanders. He asked what it was, and I told him. He eagerly typed in the name of Kentucky Fried Chicken, scored a success, and then asked me to look at another.

He showed an image of the Google logo with only the Gs visible. I filled in the other letters for him, and the program marked it as the correct answer. He was jubilant, and kept asking me for more help until I reached the limit of my knowledge.

He was doing some kind of online quiz that required him to identify various corporate logos. In my familiar environment, there would be few people who would have any trouble identifying those logos. But in Cuba, they are still practically unknown. It was a strange encounter that showed how remote Cuba still is from the U.S. and most of the rest of the world. Even in China those logos are very well known by now.

I sat with a companion at El Mojito, a small restaurant at the edge of the Plaza Mayor, enjoying the shade from the mid-day heat, the cool mojitos and the soulful traditional music played and sung by a trio with guitars and bongos. 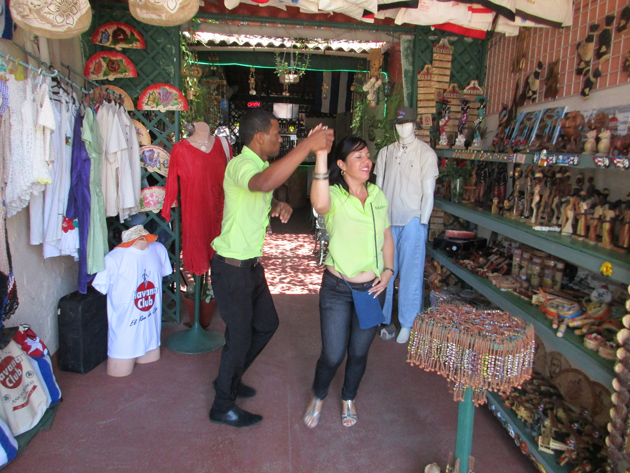 It would be our last stand in Cuba. It was extremely hard to pull away from the precious island in the sun that so many had fought over and so many have devoted their lives to over the centuries. It was easier to tear oneself away by committing to return some time. This cannot be the last time. There is so much more to see and experience, especially now at this exciting time when Cuba is definitely entering a new era in its history. Let us hope it will be the best time ever for the Cuban people.