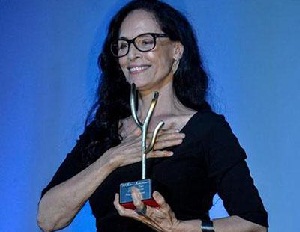 What did you see today? For some. For others: How many did you see today? These are among the most frequent questions heard in Havana during the month of December, when hundreds of spectators went to the theaters, though they are but a few, belying the statement that “no one” goes to the movies. The dark theater, the big screen, still captivate.

First some numbers regarding the competition. As for full length feature films, there were 18 from seven countries, while in the debut category, another 18 from 10 countries. Selections are usually made according to the directors or well-known actors, then the plot lines are considered. In the debut category it is harder to make the right choice.

Then there are other options to consider: galas, special presentations, a dozen out of competition films, the expositions, tributes. Some pray for the gift of omnipresence, catalogue in hand.

Clearly the 38th edition of the festival, with more than 400 films, had something for everyone, even when memories bring to mind other more outstanding Havana Film Festivals.

Now that the lights are out, and the much-awaited event concluded, a review is in order of the happenings, the prizes, the guests, the dialogues, opinions, and the eternal disagreements between juries, critics, and the public. This year was no different.

The Mexican film Desierto, directed by Jonás Cuarón, won the Coral Prize for Best Feature Film, with performances by U.S. actor Jeffrey Dean Morgan and Mexico’s Gael García Bernal. It could have been the current relevance of the movie’s theme that influenced the jury lead by Argentine Tristan Bauer. It is about a group of undocumented Mexican workers who attempt to cross the U.S. border through the desert that separates the two countries.

Jonás Cuarón comes from a “movie family.” His father, Alfonso, won an Oscar as Best Director for Gravity (2013), but many critics argue that Desierto came out ahead of more deserving films such as Aquarius, by Brazilian Kleber Mendonça; Neruda, by Chilean Pablo Larraín; or El Ciudadano Ilustre, by Argentines Gastón Duprat and Mariano Cohn.

Although this is the first time she has arrived in person, the Brazilian actress Sonia Braga captivated Havana once again, with her unassuming charm. She had done so previously performing three roles in Jorge Amado’s Doña Flor y sus dos maridos, and with Marcello Mastroianni in Gabriela, Clavo y Canela, both directed by Bruno Barreto, and in Tieta de Agreste. As one of her country’s most recognized actresses, we saw her in El beso de la mujer araña, by Héctor Babenco, with Raúl Juliá and William Hurt.

This time around, Sonia Braga moved audiences in Aquarius. As Clara, the lead character, she provided a memorable performance, receiving not only resounding ovations in theaters but recognition from the jury as well, this time on the mark, awarding her the Coral Prize for Best Female Performance. The International Federation of Film Critics (FIPRESCI) and Signis (World Catholic Association for Communication) gave their prizes to Aquarius, as well.

Cuba’s Luis Alberto García was awarded the Best Male Performance Coral Prize, for his performance as Esteban in Ya no es antes, by Lester Hamlet, while the film won the Viewers’ Choice Prize.

Últimos días en La Habana, from Fernando Pérez, with powerful acting by Jorge Martínez, received the jury’s Special Prize, while the Argentine film, El Ciudadano Ilustre, chosen to open the Festival, only received the Coral for Best Script, although the film was awarded the collateral prize presented by the Cuban Cinematographic Press Association.

El Ciudadano Ilustre, with a magnificent Óscar Martínez, is a film worth seeing. Its premise seduces from the very beginning: Daniel Mantovani, winner of a Nobel Prize for Literature, returns to his hometown to receive a distinction, but the trip becomes an infernal pilgrimage.

One of its actors, Luis Gnecco, in Havana for the Festival, said he was happy to witness the positive reaction of audiences here. He played the role of Neruda, while Mexican Gael García Bernal was detective Peluchonneau.

Those who know that prizes do matter were aware that Neruda had just been nominated for a Golden Globe as the Best Non-English Language Film, a kind of preview to the 2017 Oscars.

The presentation of the Coral of Honor, by actress Beatriz Valdés to Cuban filmmaker Enrique Pineda Barnet was very moving. She played the leading role in his 1989 film La Bella de la Alhambra, for which he received a Coral at that time.

Among the galas, the most significant was Snowden, presented by its director Oliver Stone, well-known for his films Platoon, Born on the 4th of July, Wall Street, and JFK.

Stone held a dialogue with the press in the Hotel Nacional’s Taganana Hall, during which he commented on the script for his biopic about Edward Snowden, describing the work as one of serious journalism and of filmmaking.

Addressing another topic, Stone spoke of his admiration for Fidel, noting the leader’s strong, powerful personality, adding that he had learned a great deal during the interviews he conducted for his films Comandante, 2003; Looking For Fidel, 2005; and Castro in Winter, 2012, saying he was impressed that Fidel never hesitated to standup and defend his ideas.

Special guests? U.S. director Brian de Palma, who became one of Hollywood’s most interesting new directors with his uncommon success making the first adaptation of a Stephen King novel, Carrie, in 1976, and later with The Untouchables (1987). Plus Colombian Víctor Gaviria, who received the Best Director Coral for La mujer del animal, a film based on a true story, and Spain’s Marisa Paredes, who has participated in several Festivals with films like Profundo carmesí, El coronel no tiene quien le escriba, and Tacones lejanos.

The San Antonio de los Baños International School of Film and TV was honored on its 30th anniversary, with a special Coral included. The school was inaugurated during the 8th Festival by Fernando Birri, Gabriel García Márquez, and Julio García Espinosa, then ICAIC and Festival director, in an event presided by Comandante en Jefe Fidel Castro.

This is how current Festival President Iván Giroud began his brief opening remarks: “My first words are for Fidel; he was an inspiration and one of the great promoters of Latin American film.”

The competition for Coral Prizes will return in 2017, with new films, new voices, the hope of new themes, and however improbable, a jury that takes a broad view of the films, of course, but without huge disagreements with hundreds of movie-goers.