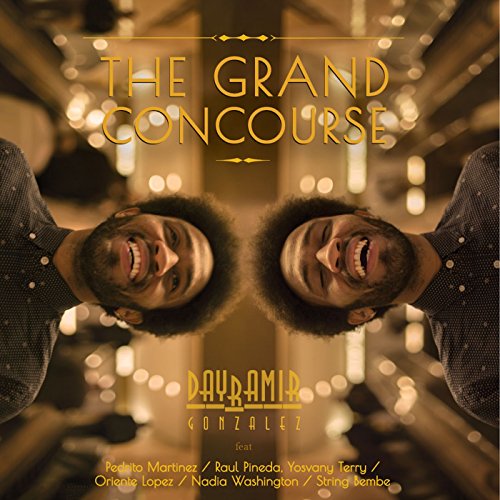 Very rarely indeed does one get to call an album of music “a masterpiece” and actually mean it. But this is absolutely true of The Grand Concourse by the pianist, composer, arranger and producer Dayramir González. There is not a note that is out of place, not a phrase that does not bring a rush of blood to the cheeks – not from any one of the scores of musicians who have helped make the music what it is. The photography is sensitive and each photograph has been emotionally conceived and executed. Meticulous care has been taken to present each of the twelve songs in their artistic and emotional contexts on individual pages in the booklet, with profound and beautifully-written notes and photographs; a stunning package.

Remarkably this is only the second album by Mr. González. His first album, Habana enTRANCe (Cinquillo, 2007) certainly announced the arrival of another master musician from the fertile musical topography of Cuba, which continues to suggest that it has an almost magical and mystical formula for creating pianists. Although he needed no introduction from older masters such as Chucho Valdés, he got one anyway. However with the explosive start to the album from “Gozando” and the nine other pieces that followed, Mr. González’s music spoke for itself and it seemed that not since Gonzalo Rubalcaba had Cuba produced an artist with such impressive credentials. The Grand Concourse is an enormous development.