David Smilde: ‘US Sanctions Kill Venezuelans But It’s Worth It’ 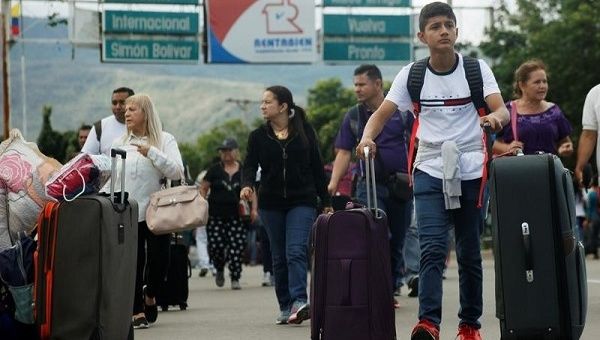 David Smilde, in a New York Times op-ed, stated that a US military invasion of Venezuela would be “folly.” Actually it would be a major crime, argues Joe Emersberger.

Jan 19 (teleSur) US liberals have always preferred to have the government use economic strangulation against its enemies rather than military force. They’ve also, much more than conservatives, stressed the importance of having accomplices (“allies” is a common euphemism).

David Smilde, in a New York Times op-ed, stated that a US military invasion of Venezuela would be “folly.” Actually it would be a major crime, but liberals very rarely describe the barbarism of their own government properly.

Hence Madeleine Albright’s infamous slip-up when she said publicly that 5,000 dead Iraqi children per month from US-imposed sanctions was “worth it.” The fact that a huge crime is causally discussed in the NYT op-ed section by Smilde also speaks volumes about the perversion of political culture.

Smilde supports US economic sanctions against Venezuela, which is going through a major economic crisis. In other words, he supports making the crisis worse to give “leverage” to the opposition. Incidentally, almost nobody cares to notice, but such US sanctions are illegal.

On Twitter, Smilde (who blocked me in 2015 immediately after I wrote a piece criticizing him) angrily responded to a critic by conceding that “sanctions kill.”

According to the opposition–aligned pollster Datanalisis, which Smilde relies on to claim that he is speaking for 80 percent of Venezuelans, the majority of Venezuelans oppose the sanctions he advocates. Smilde is, however, too dishonest to have mentioned this in his NYT piece.

Moreover, how many politicians in the United States would dare advocate – or even refrain from vehemently rejecting – foreign sanctions on their own country at any time, never mind during a depression? That goes a long way towards explaining the opposition’s humiliating defeat in October’s regional elections – as one would learn from reading Francisco Rodriguez, a vastly more honest and rational opponent of the Venezuelan government than Smilde.

In December, Datanalisis reported that 55.6 percent “strongly disagree” with US sanctions. Earlier in 2017, Datanalisis found similarly high levels of disagreement with other tactics, including opposition leaders lobbying foreign banks not to loan to the government.

And who does Smilde think he is fooling with his emphasis on US allies? Not arguing for the United States to “be at the center of responses to VZs problems”? Yeah, right.

Smilde cannot be ignorant enough to believe that sanctions against Venezuela by Canada and others, but rejected by the United States, would have any significant impact. That would be like believing the United States was a bit player in the “coalition” that invaded Iraq, Torino Capital pointed out in early January.

One should recall that, a few years ago, a rogue judge in New York was able to effectively impose serious economic sanctions on Argentina on behalf of “vulture funds” while Cristina Fernandez was in power. The Supreme Court, the Obama administration and the IMF simply looked the other way.

The US government does not have the muscle it had in the 1950s, but its courts and financial sector can still wield illegitimate authority and do tremendous damage throughout the world.

The important role that allies such as Canada play is to provide political cover for US belligerence and lawlessness. That was dramatically illustrated when the Bush administration overthrew Haiti’s democratically elected government in 2004.

Smilde tossing around allegations of “racism” and “dehumanizing people” is simply projection. It’s hardly an original point to make, but it’s worth repeating: a person as racist and stupid as Trump did not end up in the White House because only one part of the US establishment is rotten.