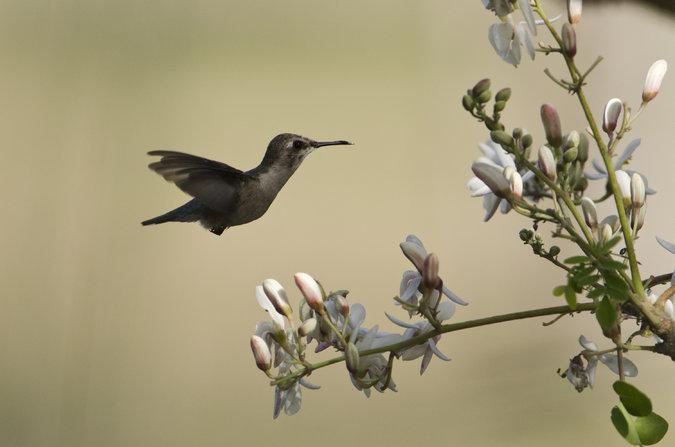 Cuba’s long isolation, difficult for people living there, has been a blessing for other living creatures. The place is hardly Shangri-La, but it is more thickly forested and unpolluted than other Caribbean islands. And, for a long time, it was walled off.

The most charming and easy-to-love of the creatures to benefit from that seclusion has been the bee hummingbird. As the name implies, it is insect-size — in fact, it’s the smallest bird in the world. The birds are a shade over two inches long and weigh less than a penny. Their nests have a circumference smaller than a quarter and their eggs are the size of a pea.

At this turning point in Cuban history, these birds are obviously going about their nectar-collecting and insect-eating, unaware of the tidal wave of tourism and investment poised to wash over their island. If they could react with speech they would probably agree with Raúl Castro, the country’s president, that things should move, but “without hurry.” (For the record, the “Sibley Guide to Birds” instead attributes to them “an urgent chirp,” rendered in some bird books as chee-dit.)

Though Cuba has been sequestered, the habitat this very small bird requires was already dwindling, mainly because of the clearing of forested land to grow food, tobacco and sugar cane. Ninety years ago the bee hummingbird was widespread on the island; now it is rare and localized.

I’ve been to Cuba a couple of times, once as a reporter, once accompanying my scientist spouse, but, like most Americans, I’ve never seen the bee hummingbird. (Americans sometimes mistake the hawk moth, similar in size and with the same hovering feeding technique, for a bee hummingbird.)

“The zunzuncito, the cherry on the cake of Cuban birds,” says Eduardo Iñigo-Elias, the coordinator of the Neotropical Conservation Initiative at the Cornell Lab of Ornithology. The Spanish name — zunzuncito — comes from the sound of the birds’ wings beating, up to 80 times a second, and up to 200 times a second if courting, a blur to our eyes. (The scientific name, Mellisuga helenae, comes from the Latin mellis for honey, and sugere, to suck.)

They’re not the flashiest or sleekest of hummers. The female is modestly colored — buff breast and blue-green wings. The breeding male has a glossy red head and throat; in breeding season, its back and wings are the shiny blue of a morpho butterfly. The birds are a little rounded and chunky compared with the usual slender hummingbird shape.

The bee hummingbird is not fragile. A male aggressively defends his feeding territory and at breeding time puts on an impressive athletic performance, circling high into the sky, then diving steeply. (Hummingbirds are much more agile than other birds — they can stop in midair, go backward and even fly upside down.) During the dive, sounds are also produced by wind rushing through the wings and feathers, probably to show off the male’s physical fitness.

To survive, bee hummingbirds need thick forest and forest edge. Cuba is the Caribbean island with the largest remaining relatively unspoiled area and, not unrelated, the greatest diversity of species. (It’s also the Caribbean’s largest island.) There are more than 300 bird species in Cuba, including a pygmy owl, and the island is also home to one of the world’s smallest frogs. The brothers Castro protected substantial swaths of the island with government-run parks.

Even before the recent loosening of restrictions, some United States institutions, including the National Geographic Society, the Smithsonian Institution, the Cornell Ornithology Lab and the Field Museum in Chicago, led people-to-people tours or scientific expeditions. Along with wildlife conservation groups, these institutions have begun training Cuban scientists in managing natural resources.

As it happens, the two best places for scientists and birders to encounter the bee hummingbird — the mountains in the east of the island and the Zapata peninsula in the southwest — are significant in the history of Castro-era Cuba.

As breeding season starts, the bee hummingbirds living in the eastern part of the island move from scrubby lowlands to the cool, moist forests of the Sierra Maestra mountains. That’s where Fidel Castro and his followers eventually retreated after a disastrous defeat in their first battle with the regime of Fulgencio Batista, in 1953. Part of the mountainous area — Cuchillas del Toa — is a United Nations Biosphere Reserve. (Other retiring creatures have sought refuge there. Cuban biologists maintain that the last sighting of the probably extinct ivory-billed woodpecker was in the Sierra Maestra.)

And the Zapata peninsula, on the south coast, has Cuba’s and the Caribbean’s largest protected area — some 2,000 square miles of mangrove swamp, low scrub and thick forest. Of the 20 or so bird species found only on the island, 17 can be seen there, including the bee hummingbird. The area is almost uninhabited, but plenty of visitors, up till now primarily Europeans and Canadians, go to see several thousand nesting flamingos.

East of the Zapata peninsula lies the Bahía de Cochinos, the Bay of Pigs. One of the bay’s beaches, Playa Girón, where Canadian and European tourists now snorkel and dive in the spectacularly clear aquamarine water, was the landing point for the ill-conceived 1961 invasion.

The next incursion will be unarmed. If the birds could whistle out wishes, they might say, also on behalf of the small frog and pygmy owl, that they preferred ecotourists along the lines of travelers to nearby Costa Rica and faraway Bhutan — respectful and few in number.

Cuba is a seductive place. Where the bee hummingbird thrives, the trees are adorned with orchids and bromeliads, and hung with swags of the rampant, showy flowering vine, Solandra grandiflora, that is the small hummingbird’s favorite food. In fact, the bee hummingbird is probably the vine’s only pollinator. The flower’s common name is cup of gold, suggesting a treasure to be cherished. Cuba’s treasures should be valued not only for the enjoyment of outsiders, but also for the people who have lived there through the very difficult past decades.