Havana, Apr 4 (EFE).- International tourist arrivals to Cuba rose 7 percent annually in January and February to 636,146 travelers, accounting for 21 percent of the 3 million visitors the government expects to receive this year. 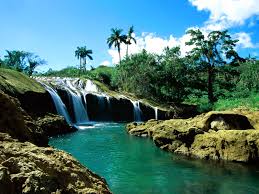 The number of foreign visitors in the year’s first two months was up from the 593,344 tourists received in January and February 2013, National Statistics and Information Office, or ONEI, figures show.

The Tourism Ministry said Cuba is forecasting 3 million international visitors in 2014 after failing to reach that goal last year, when the Communist-ruled island received 2,851,000 tourists.

Canada remained the main source of international visitors to Cuba in January and February with a total of 155,622 tourists, followed by France, Germany and Italy, according to ONEI.

Cuba is currently in its tourist high season, which runs from November to April.