Cuba’s top diplomat in U.S. to talk trade in Bradenton 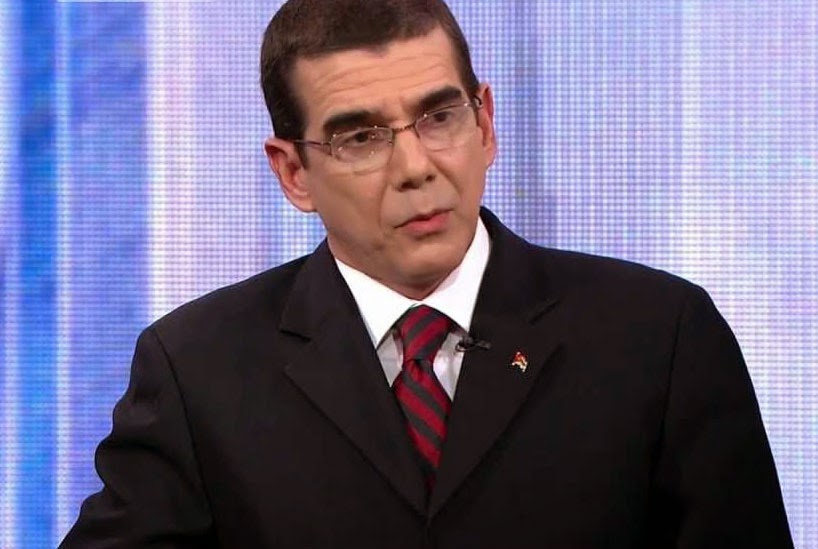 BRADENTON — Cuba’s top diplomat in the United States is traveling outside the D.C. beltway next month to talk trade and foreign investment in Bradenton.

José Ramón Cabañas, head of the Cuban Interest Section in Washington, D.C., will address the recent thaw in U.S.-Cuba diplomatic relations in a speech to the local business community on Feb. 18. Cabañas, who formerly served as Cuba’s ambassador to Austria, is thought to be the natural choice as his nation’s ambassador to the United States, if the island nation establishes an embassy in the near future.

He would be the first Cuban ambassador to the United States since the early 1960s.

The Manatee Chamber of Commerce is hosting Cabañas, who will give a keynote talk at a luncheon at the Renaissance on 9th in Bradenton. Chamber President Bob Bartz said having Cabañas here will be an “educational event for our businesses to learn about potential trade and investment opportunities.”

Cabañas has worked on political issues concerning the United States for some time, having previously served as head of consular services at Cuba’s foreign ministry. In that post, he was in charge of establishing contact with Cubans living abroad, including more than 1 million in the United States.

His talk will address investment opportunities for Florida and U.S. companies in Cuba, Cuba’s new seaport at Mariel, and the changing political climate. Cabañas speaks regularly on Cuba-U.S. relations in cities around the United States.

Port Manatee, Manatee County’s deepwater port, has taken steps to prepare for the reopening of trade with Cuba. It has recruited a passenger ferry operator that would also ship goods to Cuba on a regular sailing schedule. Carlos Buqueras, port executive director, said Port Manatee is one of the closest U.S. ports to Mariel, making it a convenient place for shippers to pursue the Cuban import-export market.

“I think it brings focus first to trade with Cuba and the normalization of relations under the lifting of the embargo,” Buqueras said.

Buqueras is in the process of arranging a tour of Port Manatee for Cabañas, should the Cuban diplomat’s schedule allow.

The public is invited to the event. Reservations are required.

To make a reservation, email ManateeChamber.com/events.