Josefina Vidal receives a check from the United States for $4,085 once a year, rent money for the U.S. naval base at Cuba’s Guantanamo Bay.

But Cuba’s government refuses to cash the checks, made out to a non-existent Treasurer, because it sees the U.S. occupation of Guantanamo as illegal. 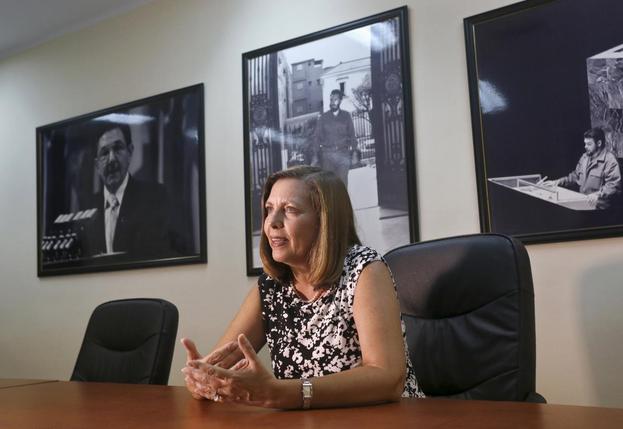 Josefina Vidal, director of U.S. affairs at the Cuban foreign ministry, talks to Reuters during an interview in Havana August 14, 2015.
Reuters/Jorge Luis Banos

August 16, 2015 | Former leader Fidel Castro used to stuff them into a drawer and Vidal says they are now stored in archives “like a historical document,” a symbol of the bitterness between the two countries for over half a century.

“I receive them personally, year after year,” Vidal, the director of U.S. affairs for Cuba’s foreign ministry and its lead negotiator in bilateral talks with Washington, told Reuters in an exclusive interview. “We have a collection.”

With the two countries now putting aside their Cold War-era rivalry and restoring diplomatic relations, many old bilateral conflicts are now being pulled out of storage for negotiation.

Both sides see a chance for quick progress on some relatively simple issues, possibly including a civil aviation deal, but others will take years and they may never reach an agreement.