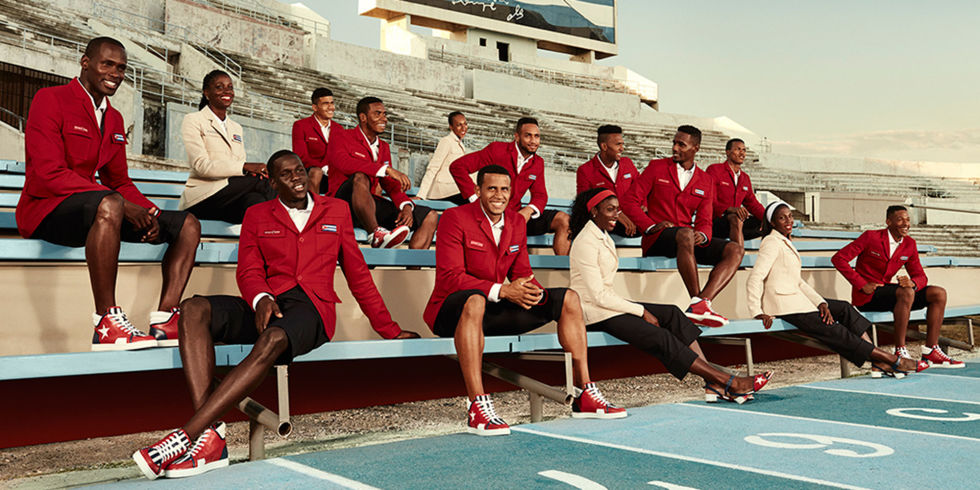 They all get specially-designed Louboutins.

It’s no secret that Cuba is having a bit of a moment.

Since President Obama announced the reestablishment of diplomatic relations last July, the country has been both the location and inspiration for some key fashion brands – most namely Chanel, which staged a spectacular Cruise show there in May.

Now the country’s Olympic team is headed to Rio with the best formal outfits (they’ll be worn for the Closing Ceremony and other such official non-competing occasions) we have ever seen, further cementing its style credentials.

The 120-strong team have been outfitted by none other than Christian Louboutin, with men wearing a classic hi-top sneaker or ‘Naza Star’ loafer, and women the kitten-heeled ‘Naza Sandal’. Forget a medal, those alone are worth all those years of training, right?

Their accompanying outfits have been designed with the help Henri Tai, a former professional handball player and founder of e-concept store sportyhenri.com, and take their cue from Louboutin’s signature red soles.

Sharply tailored jackets in red for the men and beige for the women are adorned with a five-point star on the back as an emblem of good luck.

‘The clothes need to fit spectacular athlete bodies – they are definitely not sample size or average, neither in length of limbs, nor in proportions. It was our mission to make them look tailor-fitted and great,’ says Tai, who consulted current and former athletes to make the outfits just so.

‘It’s that elegance and fluidity of movement of someone who is so in control of their body that fascinates me.’ says Louboutin.

At the Olympics, it feels like these athletes put on performance gear and simultaneously turn into these superheroes that defy gravity, that defy time, that defy all rules of physics. We designed the celebratory outfit for the moment they turn back into humans, still in that glory moment, still in their light but heading back to the real world. We really want them to continue feeling amazing in their skin while looking astonishing.

So, even if Cuba doesn’t fair so well in the medals table, they’ve already won the outfit race.