Cuba’s National Ballet to Perform Don Quixote in US Capital 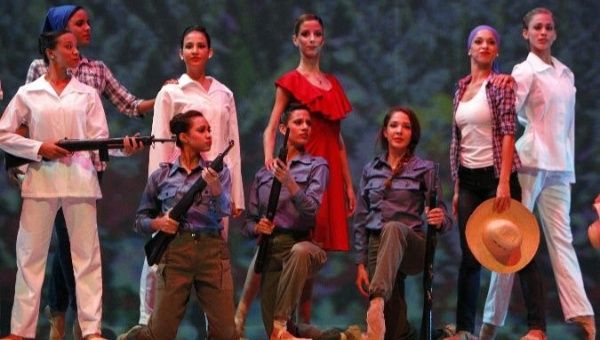 Cuba’s National Ballet will perform Don Quixote from May 29 to 30 at the Kennedy Center in Washington DC.

May 31 (teleSUR) The internationally celebrated Ballet Nacional de Cuba (BNC under the direction of choreographer Alicia Alonso, will perform two ballets at the Kennedy Center in the United States capital of Washington DC from May 29 to June 3.

From May 29 – 30, the ballet group will perform Don Quixote. From May 31 to June 3 they will perform Giselle. The protagonist of this piece will be interpreted by the BNC’s first ballerina Sadaise Arencibia.

Both shows mark the 40th anniversary of the group’s milestone U.S. premiere at the Kennedy Center, according to Broadway World. The event came 19 years after the triumph of the Cuban Revolution. In 1960, Fidel Castro signed Law No. 812, which established the legal bases that guaranteed the economic sustenance of the BNC.

The company, renowned for their extraordinary footwork, technique and energetic dancers, was last seen at the Kennedy Center in 2011. The group is also famous for incorporating Alonso’s seemingly never-ending turns and lingering balances en pointe.

Alonso, a longtime supporter of the Cuban Revolution and Castro, trained ballet in Havana. She has performed leading roles in classic and contemporary ballets and collaborated with top choreographers such as Mikhail Fokine, George Balanchine, Anthony Tudor, to name a few.

Speaking on the occasion of Fidel’s passing in 2016, Alonso expressed gratitude for the “important help” he provided to the ballet and arts in general in Cuba.

“I will always remember his kind and close voice, asking about my artistic work, asking for details about the National Ballet of Cuba’s activities, its achievements, and needs,” she said, adding that the revolutionary leader’s “immense historical legacy…is also widely represented in Cuban culture.”