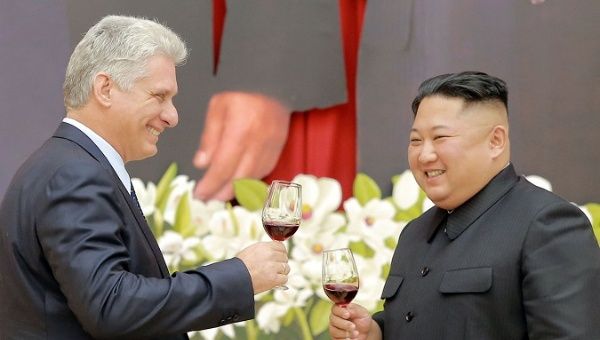 Nov 5 (teleSUR) Cuban President Miguel Diaz-Canel met North Korean President Kim Jong-Un Sunday in the capital city of Pyongyang “in an atmosphere of camaraderie and friendship” in which both countries seeking to strengthen bilateral cooperation according to the North Korean media KCNA.

Both the leaders had a private meeting later. They advocated a “greater expansion and development of cooperation and exchanges in various fields, such as the economy, culture, public health, science and technology to meet common interests.”

Kim Jong-un said the visit by Cuban leader is “a turning point in the demonstration of the will to always continue the friendship between the two countries”, which are “in the same trench in the fight to defend their sovereignty and dignity.”

The Deputy Minister of Foreign Affairs of Cuba, Rogelio Sierra Diaz have been tweeting the entire meet with North Korea. 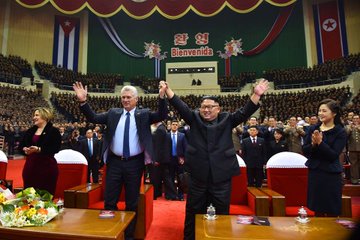 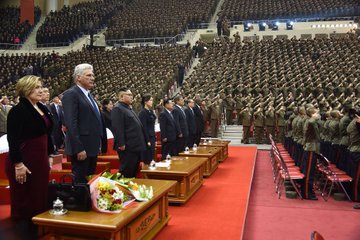 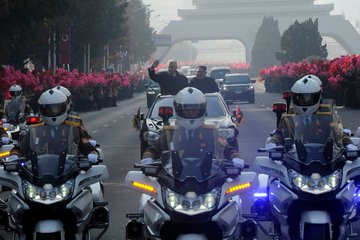 Diaz Canel gave a speech in the country where he said that his tour to North Korea “in a historical period of the heritage of the Revolution in Cuba, is an evident sign of the fixed position of the Cuban party and government to develop invariably (bilateral) relations.”

Cuba and North Korea have maintained good diplomatic ties since the 1960s.

The Cuban president is on his first international tour since taking the office which began on Nov. 1. He concluded his tour in Russia Saturday and after North Korea, the leader will visit China, Vietnam, and Laos, concluding his tour on Nov. 12.