Greenhouses at Cuba’s Jardin Botanica Nacional are designed to keep plants shaded and catching breezes, unlike those in our own more northerly latitudes. I was delighted to have a visit there on our group’s itinerary because I wanted to know more about the unusual flowers and plants I’d been seeing.
The garden was en route to Hemingway’s Finca Vigia, which is now restored and welcomes visitors. Follow my newspaper series on Cuba and you’ll find out more about Hemingway soon.

A guide is included for touring the 1,400 acre botanical gardens which is laced with more than 20 miles of roads. Our guide came aboard the small bus which transported us everywhere except on our walking tours of Havana. His English was quite good and his botanical knowledge was impressive, but I still needed to turn to my friends at the Holden Arboretum and Cleveland Botanical Garden to identify many of the plants I saw there and photographed. That’s probably because our guide’s heavy Cuban accent on plants’ Latin names totally befuddled me and the plants themselves were quite unlike those seen at home.

The botanical garden not only showcases Cuban ecosytems and their plants but also has areas of other plants found in tropical  countries. Its center has palm trees from around the world and I had no idea there were so many varieties of them., including the rare cork palm, otherwise found only in western Cuba.

Our guide showed us how palm leaves have many uses, such as thatch for roofs and even for fashioning into easy biodegradable trash cans.

The botanical garden was established in 1968 and opened to the public in 1984. A highlight is the Japanese garden which is laid out with tiered cascades and a small lake filled with koi fish.   The huge greenhouse has areas for ferns, cactuses, epiphytes and tropical mountain plants.  Just like our own Cleveland Botanical Garden it has an area dedicated to the plants of Madagascar, which includes a baobob tree — which looks like it has its roots in the air which, there as here, inspires the nickname “upside down tree”. 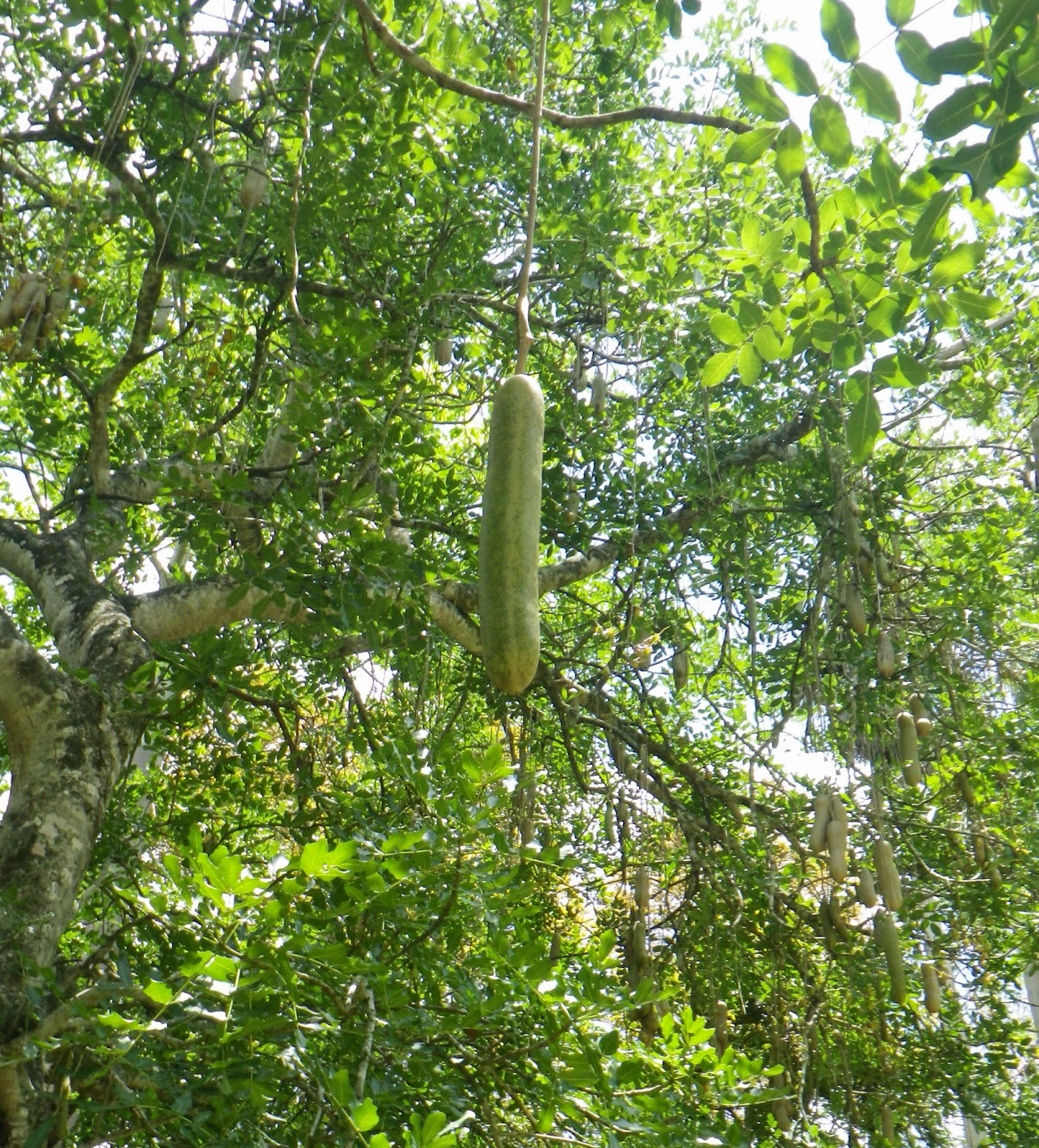 Other nicknames names are easy to guess, such as the sausage tree, native to South Africa and identified by the Holden Arboretum as  genus Kigelia. In South Africa its large oblong sausage shaped gourds are used to make containers. 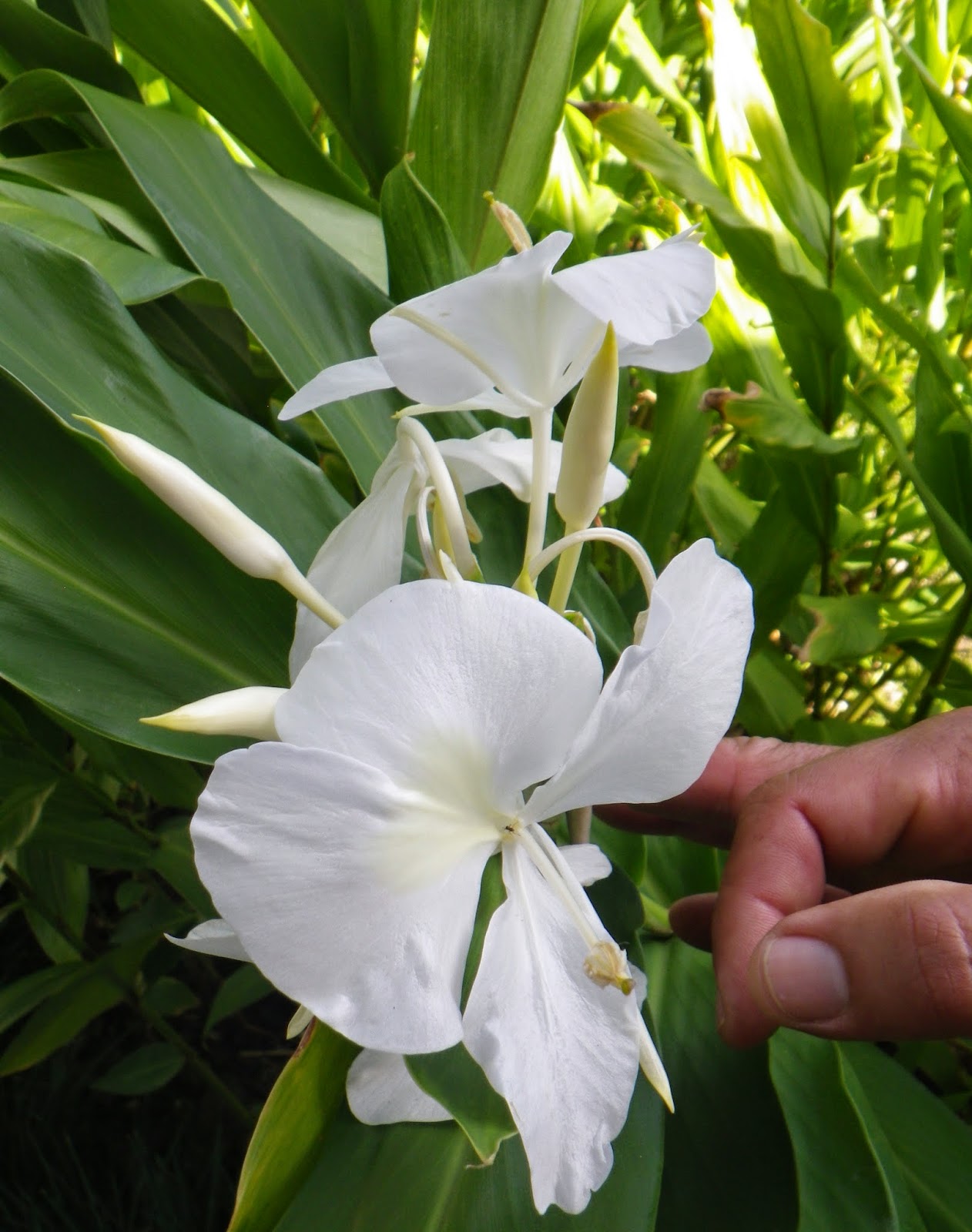 Cuba’s national flower is the lovely white bloom Cubans call the mariposa — Spanish for butterfly. This sweetly fragrant bloom became a symbol of rebellion and purity in Cuba. Ann McCulloh
Curator of plant collections for the Cleveland Botanical Garden identifies it as Hedychium coronarium or Butterfly Ginger . 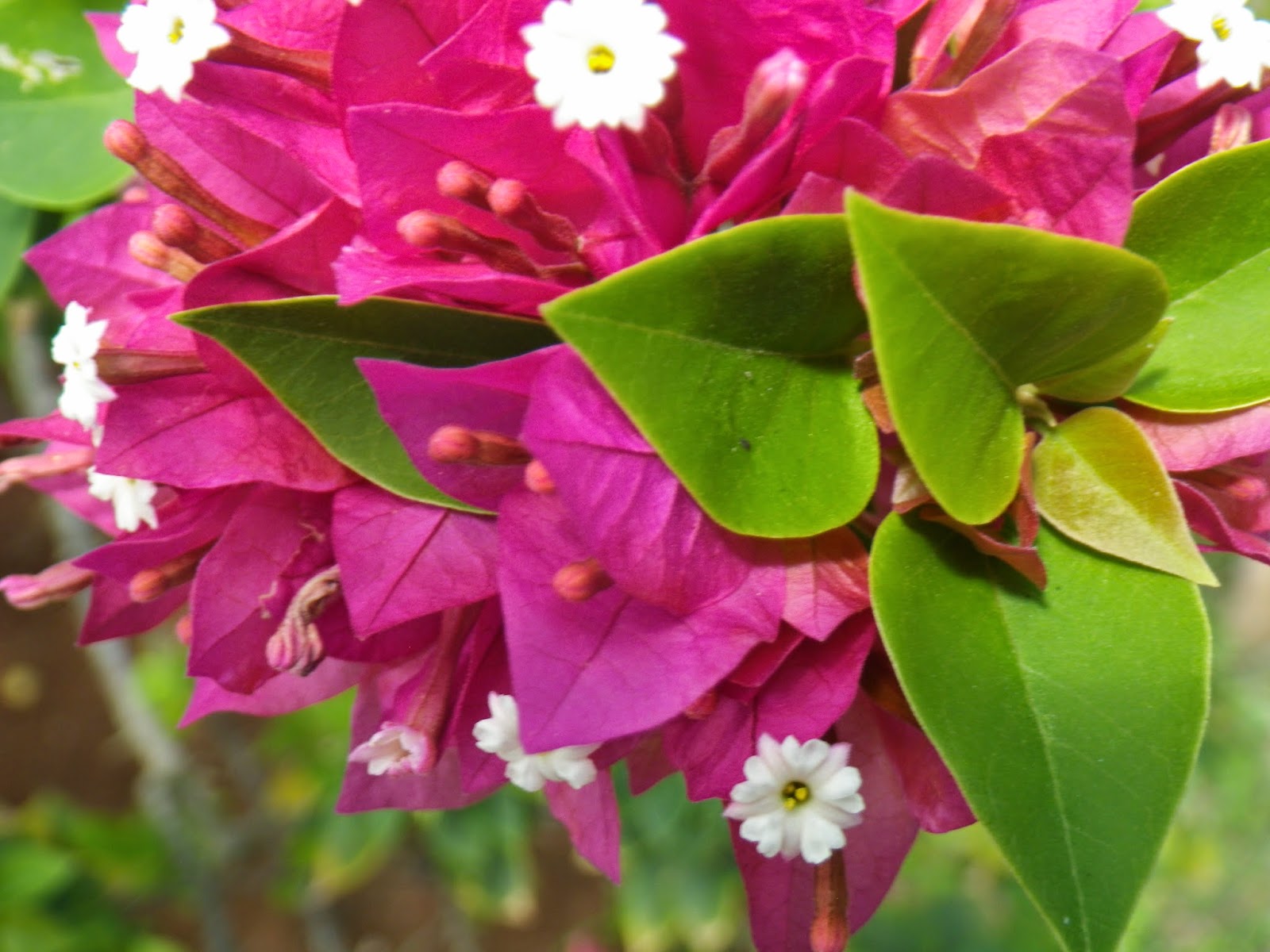 We saw begonias, bougainvillea, anthuriums, and poinsettia beyond number and I was proud to be able to identify the purple flowered jacaranda.

But the flower I loved the best was the large brilliant orange bloom with strangely shaped almost tenacle-like blossoms. I sent my photo to McCulloh who identified it as a Brownea grandiceps also known as a Rose of Venezuela, or Scarlet Flame Bean. She said its’s a small tropical tree from South America, that will not take temperatures below 55 degrees.

Although she said the Butterfly Ginger can sometimes be grown as a houseplant, I guess there’s no large orange Scarlet Flame Bean flower in my future.