Cubans to pay homage to Marti on anniversary of Independence war 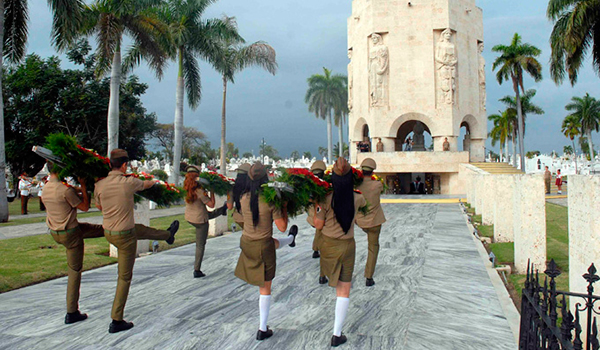 HAVANA, Cuba, Feb 24 (ACN) On the anniversary of the beginning of the last war against the Spanish colonialism in 1895, the Necessary War, as its organizer, Jose Marti called it, Santiago de Cuba people will pay tribute to the National Hero.

As it happens every February 24, the people of the eastern city will lay floral wreath at the Mausoleum that keeps the remains of Marti, while the best students from military schools through the country will do the Special Guard of Honor.

In the town of Baire, where the uprising ordered by Marti took place, its population will honor the main Generals that started the fight on that day: Major General Jesús Rabí and two-star generals Saturnino Lora and Florencio Salcedo.