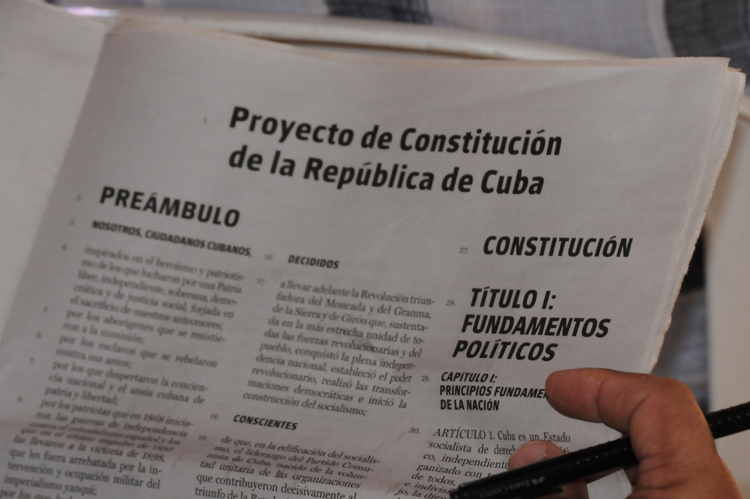 Sept 16 (Redacción ¡ahora!) Cubans who are participating in the popular consultation on the Draft Constitution consider that the country will improve in several aspects if the new magna carta is approved.

The debates on the Draft Constitution proposed by the People’s Power National Assembly to establish a new law of laws, which will replace the one in force since 1976, started two months ago and will conclude on November 15 in neighborhoods and work and educational centers, as well as among Cuban residents abroad.

On Wednesday, at a meeting in a neighborhood in El Vedado, in Havana, participants agreed that modernizing the Constitution is indispensable to continue the construction of the socialist society.

They expressed their criteria about different items of the document, including some polemic issues like the possibility for Cubans to invest in their country, the concentration of wealth, effective citizenship, the age limit to be the president of the Republic and same sex marriage.

They also noted the problem of bureaucracy and the need to solve difficulties to control the State’s resources.

The popular consultation under way contributes opinions and proposals that will return to the National Assembly so that the committee in charge of drawing up the Constitution can enrich the document, which will be submitted to a referendum next year, after being approved by the Parliament, on a date that has not been set officially yet. / PL