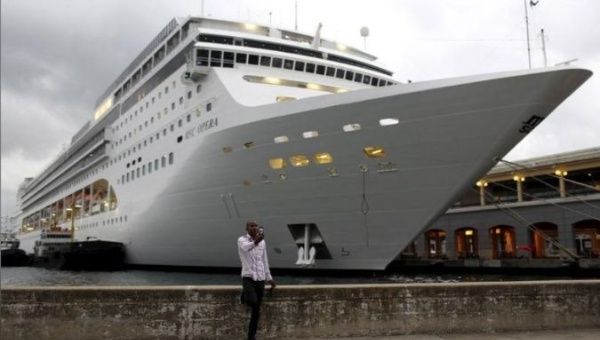 “Cuba was, is and will be a key tourism area,” said Eric Peyre, a representative of Louvre Hotels SAS.

May 12 (teleSUR) Despite the onslaught of hurricanes and the political storm embodied by U.S. President Donald Trump, new figures show that Cuba’s tourism sector is growing.

From Spain’s Melia Hotels to China’s Jin Jiang, new tourist-based investments are cropping up alongside a steady influx of visitors, with 1.4 million arrivals in the first three months of this year.

Renewed U.S. travel restrictions, along with a US$130 billion loss in revenue due to the U.S.-imposed economic blockade that has been in place for more than 50 years, have done little to keep Cuba off the international tourism radar.

“Cuba was, is and will be a key tourism area,” said Eric Peyre, of Louvre Hotels SAS, a French subsidiary of China’s state-owned Jin Jiang International Hotels Development Company. “Every hospitality company will come to Cuba one day or another and we have decided to enter now.”

Peyre, who has been in the Cuban tourism industry for 25 years, also said that Louvre Hotels SAS just acquired one hotel and plans to accumulate 10 in the next few years.

Such companies have complained about not being able to own their properties outright, as well as local bureaucracy, but they do admit making a profit.

More than a dozen cruise lines have also arrived in Cuba over the past two years, including U.S giants Norwegian Cruise Line, Carnival Corporation and Royal Caribbean Cruises.

“United States cruise lines continue to add sailings and increase the size of vessels on the routes,” said John Kavulich, president of the New York-based U.S.-Cuba Trade and Economic Council. He said Cuba’s port capacity is the primary restraint on growth.

Hotels across the island are also undergoing renovation. Most are owned, according to Reuters, by non-military tourism companies, such as the famous sea-front Hotel Habana Riviera launched by U.S. mobster Meyer Lansky on the eve of the 1958 Cuban Revolution.

“Everybody is planning long-term; that is why the Cuban government is building in Havana and all foreign companies are asking how to be part of this development,” Peyre said.