Posted on September 13, 2014 by Anthony Brenner 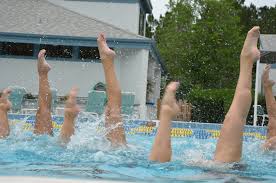 Havana, Cuba, Sep 11.- Cuban synchronized swimming will be present with three competitors in the conclusive stage of the 1st Pan-American Festival to be held at the Olympic Sports Center of Mexico, on September 27-29.

The Cuban athletes will compete in solo (Cristy Alfonso) and duo (Odaylin Suarez and Sonia de Dios Roche), under the direction of trainer Niurka Leyva.

National Synchronized Swimming Commissioner Vivian Segura commented that this meeting with serve as training for the Central American and Caribbean Games to take place in Veracruz in November, which will give tickets for the Toronto 2015 Pan-American Games.

In addition to this modality, Cuba will also be represented in swimming and diving, with its best exponents.(acn).