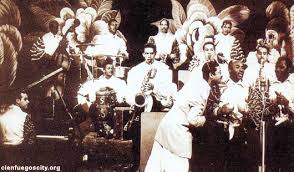 The album called ‘Cienfuegos: la ciudad que mas me gusta a mi’, was officially launched at the Cultural Center of Arts Benny More, founded here in 2014 to preserve the legacy of the singer, who set a milestone in the Latin American music.

MoreÂ´s songs are the ones claimed the most by tourists visiting the city of Cienfuegos, located 240 kilometers southeast from Havana, the historical center of which was declared by UNESCO as World Heritage in 2015.