Posted on September 22, 2018 by Anthony Brenner 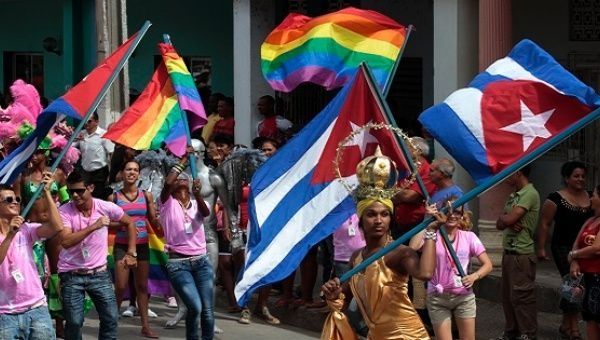 Telesur 9/17/18 |The Cuban president spoke to teleSUR on Sunday about a range of issues affecting Cuba, Latin America, and U.S.-Cuba relations.

In an exclusive interview with teleSUR aired on Sunday, the Cuban president defended the right to consensual same-sex marriage which has been approved by the country’s assembly as part of the constitutional draft that is now under review by popular referendum across the country. “Let’s not give way to any kind of discrimination,” he said.

The proposed draft includes many reforms but adheres to the concepts of the Revolution, and is considered as the continuation of the Revolution. Cuba’s permanent ambassador to the United Nations, Anayansi Rodriguez commented that the Constitution Project will guide the island towards prosperous and ‘sustainable socialism.’

One of the biggest and most debated proposals in the new constitution is the right to choose a partner according to one’s sexual orientation.

The 1976 constitution defines marriage as a partnership between a man and woman. The current draft looks to evolve it to include same-sex relations. This particular issue has witnessed engulfing debate in the country where a vast majority of the population does not approve of the change.

Nonetheless, Diaz-Canel publicly defended same-sex marriage and asked people to vote responsibly on the constitution. “We’ve been going through a massive thought evolution and many taboos have been broken,” Mr. Díaz-Canel told teleSUR’s president Patricia Villegas.