On Saturday, Cuban lawmakers approved a law aimed at making Cuba more attractive to foreign investors, a measure seen as vital for the island’s struggling economy. 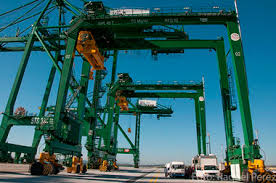 Mariel Port – the most modern container terminal in Latin America

The Cuban parliament replaced a 1995 foreign investment law that has resulted in less overseas capital than the island’s Communist leaders had hoped.

Though foreign media were not given access to the meeting, some details of the legislation have emerged in official media. It includes cutting taxes on profits by about half, to 15 percent, making companies exempt from paying taxes for the first eight years of operation, and nvestment projects wholly funded by foreign capital would be explicitly allowed in all sectors except health care and education, something that is essentially unheard of today.

Cuban officials promise there will be no nationalizations of property, as happened after the 1959 Cuban Revolution, except in cases of national interest and only with compensation.

The investment law is a fundamental part of Castro’s package of reforms, begun in 2008 with the stated goal of “updating” Cuba’s economic model.