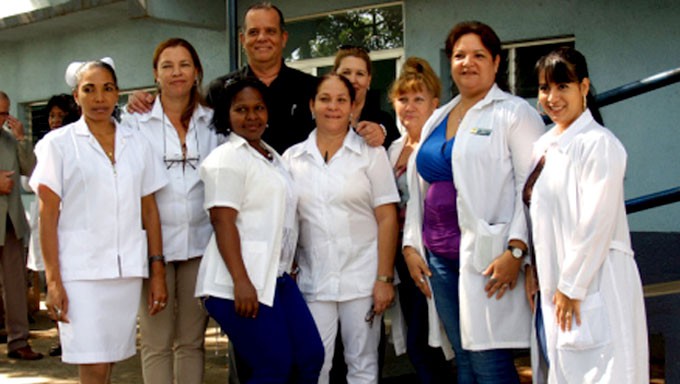 Guatemala, Jun 4 (Prensa Latina) Staff of the Cuban Medical Brigade in Guatemala (BMC) remains at the disposal of the health authorities of the southern department of Escuintla, one of the three most affected by the eruption of the Volcan de Fuego.

In statements to Prensa Latina, Yuri Batista, head of the BMC, stated that until midnight four doctors and the same number of nurses supported the work to help the victims in one of the evacuation centers in Escuintla.

Today the 27 Cuban employees who work in the area are well and remain giving health coverage in their communities and hospitals, but alert to assume any help requested by the Guatemalan Ministry of Health.

The Embassy of Cuba here reiterated its deepest condolences to the people, government and relatives of the victims, and made clear the commitment of its doctors to stay close to the neediest in this difficult moment as it has shown over 20 years of presence uninterrupted in this Central American country.

Although Escuintla was the place most affected by the fury of the Volcano of Fire, the damages were also registered in Chimaltenango and Sacatepéquez, which remain in a state of public calamity.

So far, the official death toll remains at 25, but rescue work continues and more victims appear as rescuers manage to enter villages near the volcano that are cut off by lava, ash and sand.