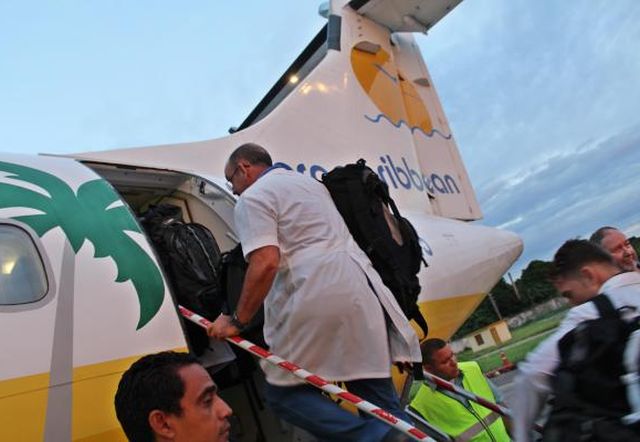 HAVANA, Cuba, Sep 4 (acn) The Cuban medical brigade that traveled to the Caribbean island nation of Dominica to assist citizens after the passage of tropical storm Erika is already attending to the needs of the local people.

Brigade chief, Norberto Ramos said that after Dominican authorites received them and gave them a general picture of the events in the country, they decided to reinforce actions in the capital city, where a large part of the medical personnel cannot yet reach they are due to the impact of the storm.

The brigade, made up of 16 doctors, epidemiologists, nurses along with three construction engineers and two electricians left for Dominica on Monday to join the assistance of people affected by Erika. They took 1.2 tons of medications, disposable items and other medical resources needed for their work.