Lima, Mar 23 (Prensa Latina) Cuban jurist Yamila Gonzalez traveled back to her country today after participating in a preliminary civil society meeting of the 8th Summit of the Americas, in which she rejected provocations against the island.

The vice president of the National Association of Cuban Lawyers told Prensa Latina her concerns about the vertical and little participatory nature of the organization and the format of the Hemispheric Forum of Civil Society and Social Actors, in which she participated in the Peruvian capital.

In the first issue, the expert made it clear that the Cuban civil society delegation will not admit the presence of those she called mercenaries of Cuban origin and related organizations.

She stated that it is unacceptable that in the civil society forum, prior to the presidential event, these elements participate, because they are at the service of subversion and violence against the Cuban people and in favor of the blockade against the island and their presence would threaten the objectives of the forum. 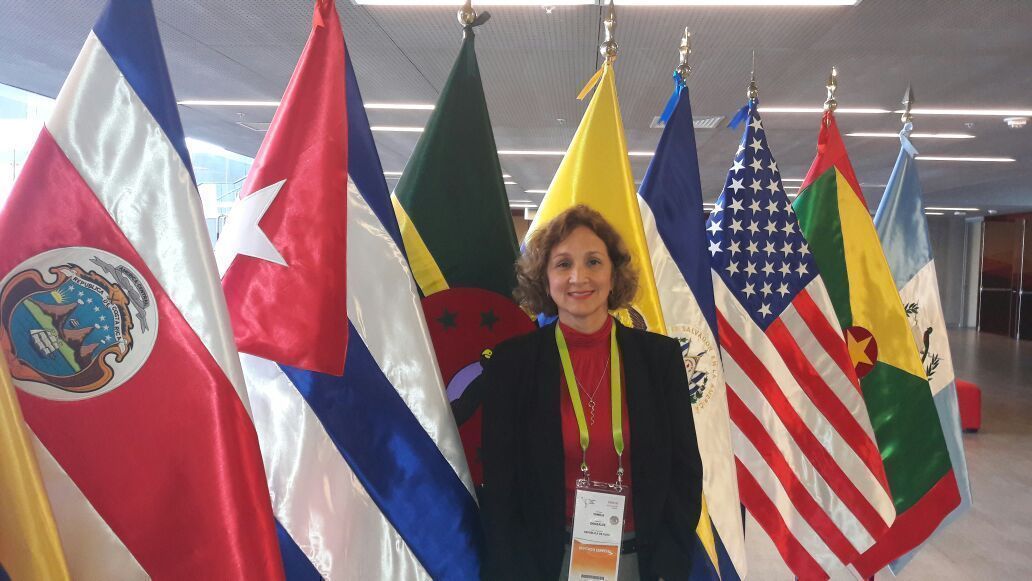 Yamila González, vice president of the Union of Cuban Jurists, represented Cuba in the Hemispheric Dialogue that took place in Lima.

The Cuban expert said that, in addition to putting forward principle questions during her participation as a spokesperson of Coalicion 26 (group of delegates joined by subject and similar concerns) ‘For an inclusive and respectful world’, she exposed the report on the consensus criteria presented at that dialogue table.

She also stated the concerns raised regarding the difficulties to carry out a frank and open dialogue on the established issues, that is, governance, corruption problem, sustainable development and cooperation.