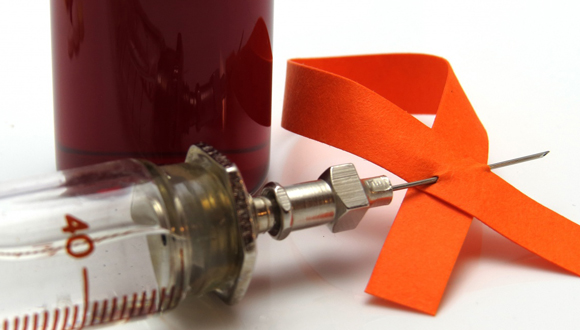 Havana, Cuba, Feb 24.- A therapeutic vaccine aimed at reducing the viral load of patients with Human Immunodeficiency Virus (HIV), which has an impact on the quality of life of patients, is currently in phase one of the clinical trial, in which its safety is studied.

In a conversation with ACN, the researcher Yayri Caridad Prieto Correa, from the Center for Genetic Engineering and Biotechnology (CIGB) in Havana, said that the nine patients who the vaccine was tested in didn’t show any adverse effects or toxicity, which is the main objective of the phase.

After preclinical studies in laboratory animals, and tests in the small group of humans, it was shown that the immune response of the organism is enhanced thanks to the use of TERAVAC-VIH, although Prieto Correa insisted on not creating false expectations.

She pointed out that this is a multi-year project, and will take time which will include testing phases with a greater number of seropositives in which large-scale and comprehensive efficacy will be tested to determine whether or not to continue with its use.

What is important is, she emphasized, that the country’s scientific institutions, and in particular the CIGB, keep the search for vaccine candidates against HIV among its research priorities, although prevention is still the main method of avoiding contagion.

The goal, she said, is to replace the current tripartite therapy, combining several methods that prevent the development of HIV, highly effective because the retroviral inhibitors block the spread of the virus, but can cause collateral damage and force in some cases the suspension of the treatment for a time.

The proposal presented by Prieto Correa and a team of researchers at the first Congress BioProcess 2017, which takes place in Camaguey, shows signs of efficacy, and she clarified that it does not cure the disease.

Its administration is carried out simultaneously through the mucosal route, with the use of spray and intramuscular vaccination, and it has been preliminarily verified that it diminishes the viral load in the CD8 cells.

According to the Cuban Ministry of Public Health website in Cuba, Infomed, 31 years after the first case diagnosed in the country with HIV, transmission by blood and its derivatives and mother-to-child transmission were eliminated. (ACN)