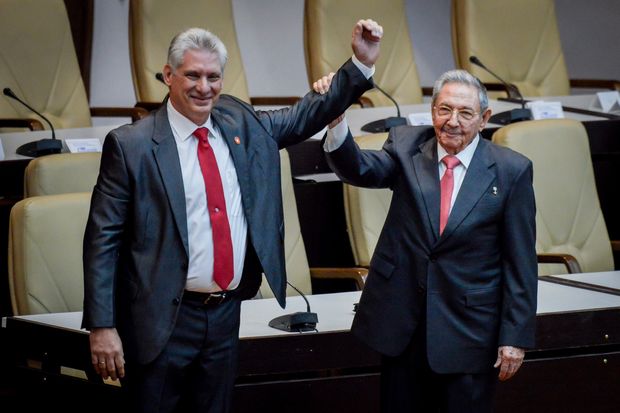 By José Ramón Cabañas Rodríguez, Ambassador of the Republic of Cuba, Washington
Regarding your editorial “Cuba Gets a Castro Convertible” (April 23): The U.S. corporate press has always been predictable in its articles on Cuba and even more so when it comes to its editorials. Newspapers such as yours were against Cubans being free from Spanish power in the 19th century. Later on, they commended local corrupt politicians who supported the invasion—first militarily and then economically by American companies during the first half of the 20th century. Finally, those newspapers relentlessly demonized the Cuban Revolution since 1959.

However, I was caught off guard by the sordidness of the language used by your editorial board when referring to my country. It is the typical exercise of those who are left without arguments. There is still a financial, economic and commercial embargo imposed on Cuba intended to starve our population into submission. However, the information blockade has decreased. Americans massively travel to Cuba and 75% of them support a better relationship with our country.

Your renewed efforts to promote the business of the “dissidence” in Cuba will not have the slightest success. History is wise and has forgotten (and will forget) the names of the annexationists of Cuban origins, but any educated human being who inhabits the earth today will be able to tell you about Carlos Manuel de Céspedes, José Martí, Antonio Maceo, Julio Antonio Mella, Ernesto Guevara and Fidel Castro ; those are the names of the pro-independence figures.

To maintain a part of the audience you still have, before criticizing Cuba again, or any other Latin American or Caribbean country for that matter, please start by looking at yourselves in the mirror.