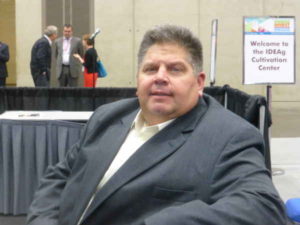 Cuban farmers are curious about how the U.S. raises livestock.

Minnesota Farm Bureau president Kevin Paap recently returned from a trade visit to Cuba, and says there was a lot of good discussion with producers from the island country.

“A lot of questions about different techniques and how we raise our livestock, what we feed our pigs, and what kinds of rate-of-gain are there.”

Cattle, pigs and chicken are the main types of livestock in Cuba, which imports between 70 and 80 percent of all food its people eat.

This was Paap’s first time in Cuba, but he tells Brownfield others on the trip had been there before and witnessed substantial changes.

“The (Minnesota) Department of Agriculture was just there last December, and from then to now (they) noticed how different it was. More investment by other countries, more improvements and things like that. So if (the U.S.) chooses to not be in Cuba, that doesn’t mean the rest of the world will stay away as well.”

The trade mission was led by Minnesota Lt. Governor Tina Smith, and also included the Dean of Extension at the University of Minnesota, Bev Durgan.