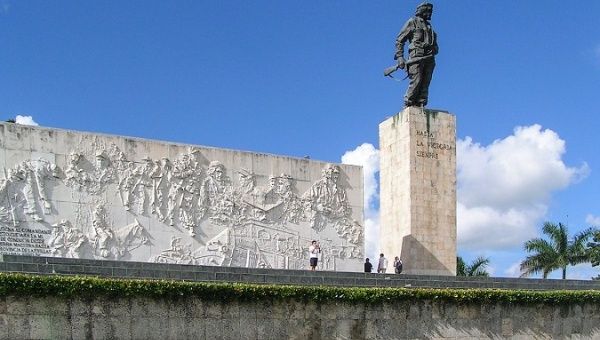 To mark 50 years since the assassination of Argentine revolutionary Ernesto “Che” Guevara’s, a Cuban software developer has created an app to share his legacy.

KaleydoBit, alongside students and profe

The app, made for Android mobile devices, was revealed Monday, on 50th anniversary of Che’s death at the hands of U.S.-backed forces in Bolivia.

Developers are now planning to add more information, including that about the Mausoleo del Frente de Las Villas, a photo gallery, statistics on the number of visitors, and links to a virtual tour.

KaleydoBit has created similar apps in the past, last year making one for the 7th Congress of Cuba’s Communist Party, in addition to ‘Por 90’, an app that was dedicated to the late Cuban revolutionary leader Fidel Castro.

ssors at the University Marta Abreu of Las Villas in Santa Clara, Cuba, created an app that shares information about the Che Guevara Mausoleum. The complex is a memorial to the late revolutionary and some of his fellow guerillas.

The ‘Siempre Che’ (‘Always Che’) app includes images of a Che monument in the complex, as well as books written about the leader.