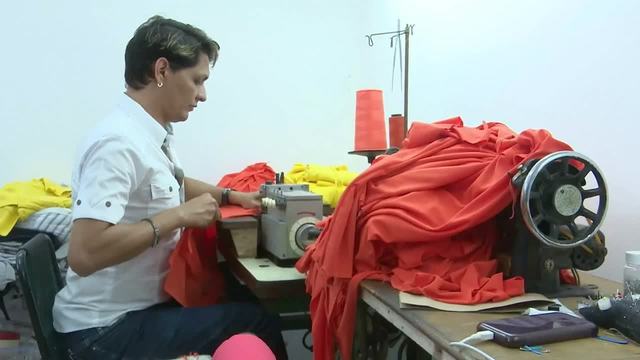 HAVANA – State-run Cuban clothing stores are typically too pricey for the average Cuban, which is why clothing is usually brought in from abroad and sold on the streets.

But one Cuban clothing designer is trying to change that.

Anayce Figueroa’s store is called Cruxero and it is located in the municipality of Playa in Havana.

She said she opened the store last August.

The store was a big risk for Figueroa, but so far it’s paying off.

Figueroa went to school to study clothing design, and her lifelong dream was to open a store with designs that were made by her.

Figueroa wants her brand, which consists of a lot of crop tops, to be recognized by young Cubans, but there is a challenge.

Young Cubans are always looking for the latest trends, and they rely on clothing that is purchased abroad and sold on the island for less than what is found in state-run stores.

Prices range at Figueroa’s store from $15 to $35, which she admits is somewhat pricey for the average Cuban.

The clothing is handmade and designed in Cuba, with materials bought on the island.

Two people work at Figueroa’s store, one of whom told Local 10 News reporter Hatzel Vela that he sews for Figueroa to make some extra cash.

“The advantage is that I do not have to buy the materials,” he said.

Figueroa said her business is “just starting to walk,” but she hopes to remain on a good path to success in the fashion industry. Her goal is to someday open a bigger store in a tourist hotspot.