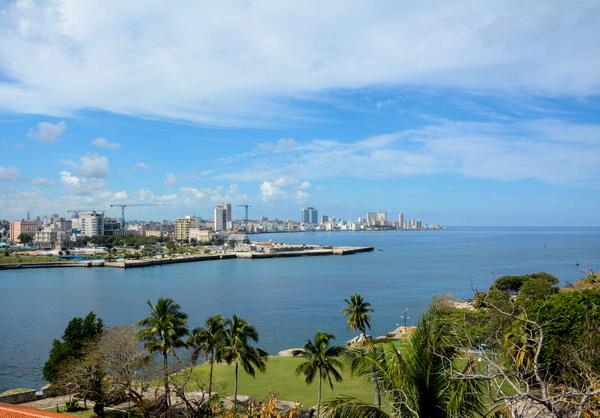 CIEGO DE AVILA, Cuba, May 16 (acn) Ciegoplast Company is linked to the decontamination project in the Bay of Havana, with the production of floating barriers made of high density polyethylene (HDPE) pipes, unique in Cuba.
These structures allow retaining solids; oils or other liquids and the first 75 meters of pipes are already located in the bay, with proven effectiveness, as we could see in a recent visit to the place, Hiorvanys Espinosa, director general of the entity, told ACN.
During 2017, a total of 400 meters are expected to be installed in this site, and at the moment, studies are still being carried out to complete the technological package that will complement the work, with floating boats also made of HDPE, to be handled by two workers, as well as devices for the final collection of garbage, he added.
Gradually and since the sustained work we have maintained, improvements have been incorporated to this technology such as the manufacture of smaller segments, additional pipes to increase the diameter and achieve greater containment and that the impact of the tides not to provoke leaks of the waste, Rafael Gonzalez, leading specialist of the entity, noted.
These barriers contribute to the reduction of pollution in the bay, as a result of spills of hydrocarbons from industries, the movement of boats and the indiscipline of the population who throw garbage that goes to that area.