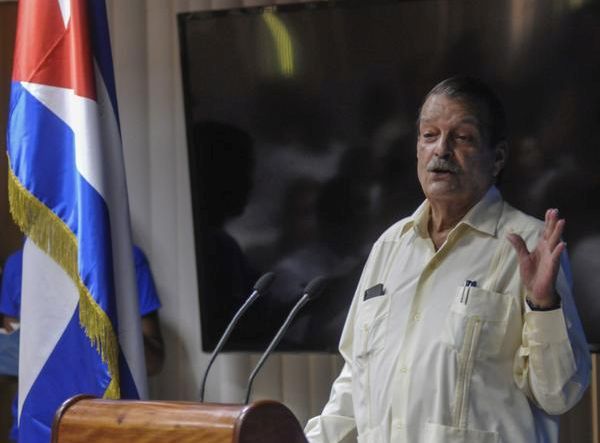 There is no Cuban family or organization that has not suffered, in one way or another, the impact of the blockade

Thursday, Oct 19 – More than 220 representatives from Cuban civil organizations demanded an immediate, unconditional end to the U.S. blockade of Cuba, during a forum held yesterday, October 18, in the Ministry of Foreign Affairs (Minrex).

During the meeting, Abelardo Moreno Fernández, deputy foreign minister, reiterated that there is no Cuban family or organization that has not suffered, in one or another, the impact of the blockade, which has caused damages valued at more than 130 billion dollars, at current prices, since its implementation almost six decades ago.

He emphasized that since the process of normalization of relations between the two countries began, there has been limited progress, although the illegal policy has remained in effect, and has been fully enforced by the United States government.

Since Donald Trump assumed the Presidency, the blockade has been reinforced, tightened, and thus is now more than ever a violation of international law, and our people will not cease to demand its elimination, he said.

Artists, athletes, and representatives of institutions in attendance expressed their support for the resolution that Cuba will present to the United Nations General Assembly this coming November 1, demanding the definitive lifting of the blockade.

The declaration approved additionally reaffirmed the Cuban people’s right to self-determination, to freely chose our own political, economic, and social system; called for an end to the persecution of entities in other countries which have economic or financial relations with Cuba; and encouraged U.S. citizens to maintain and express their support for an end to the blockade.