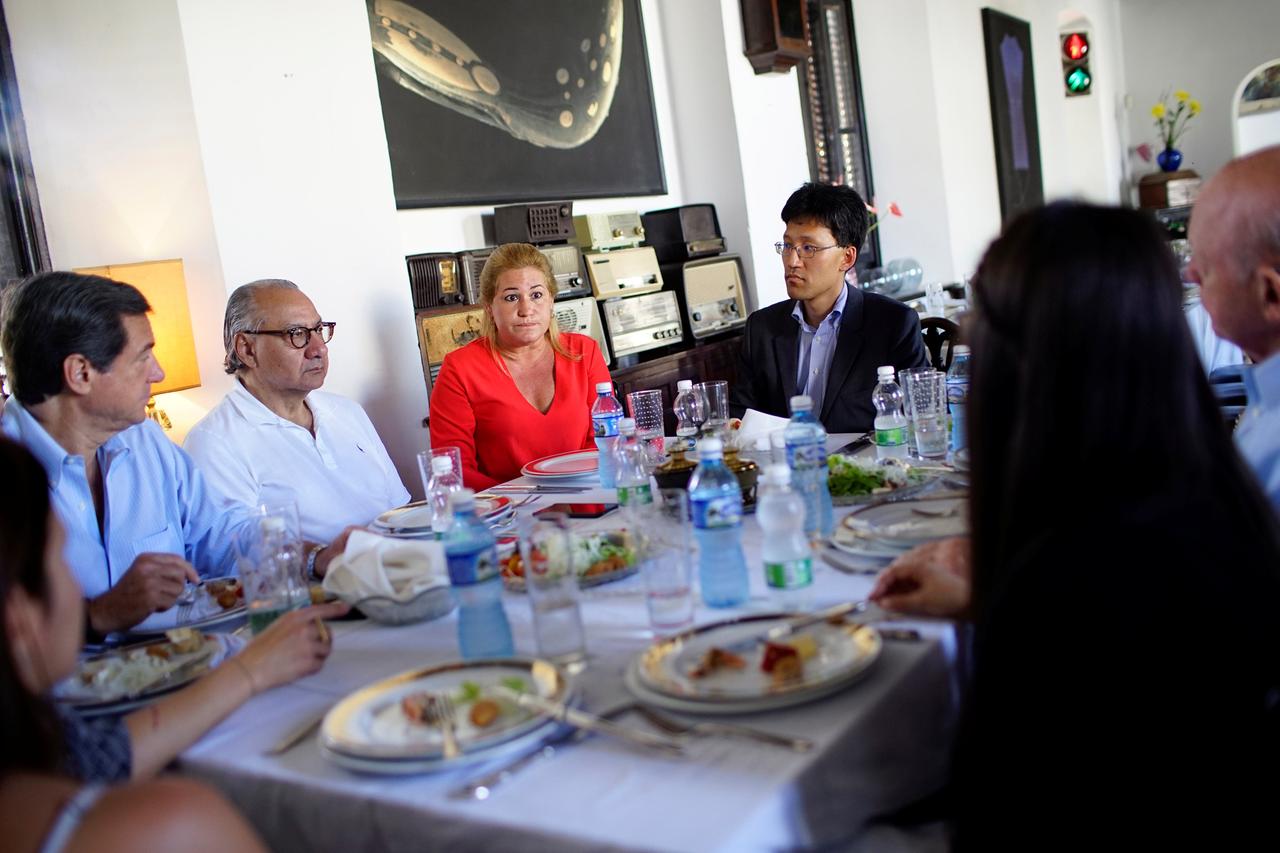 Niuris Higueras (C), one of Havana’s most successful restaurateurs in Havana, sits with U.S. clients at her restaurant in Cuba, November 15, 2017. REUTERS/Alexandre Meneghini

HAVANA, Nov 17 (Reuters) – An association of Cuban businesswomen has asked to meet with Republican Senator Marco Rubio of Florida to explain the impact on the country’s nascent private sector of rolling back a detente in U.S. relations.

Rubio, a Cuban-American politician who advocates a “no contact” policy with the Communist-run island, has advised President Donald Trump on Cuba policy and welcomed his reversal of the Obama administration’s efforts at a rapprochement.

“The current situation has us very worried and we would like to share our personal histories and perspective from Cuba,” the association, which represents women who own small businesses, said in a letter to Rubio last month.

The entrepreneurs took advantage of an economic opening under President Raul Castro to build businesses, which they said took off as more Americans visited Cuba from 2015 in the wake of the detente. Now, they say those businesses are imploding.

They would like Rubio, who was born in the United States and has never been to Cuba, to visit the Caribbean island and witness the impact of U.S. policy.

“We want to invite him or part of his team to come and learn about Cuba, the Cubans here and our businesses,” said Niuris Higueras, owner of the Atelier restaurant in Havana, where she said business is down 60 percent from a year ago. 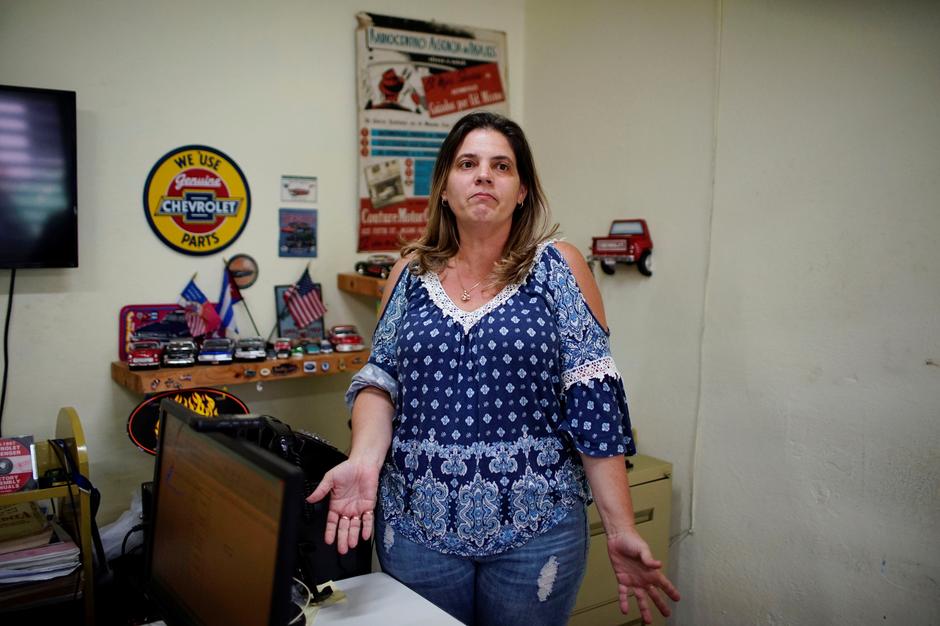 Nidialys Acosta from NostalgiCar, a company that rents out vintage American automobiles, gestures during an interview at her office in Havana, Cuba, November 15, 2017. REUTERS/Alexandre Meneghini

The association said Rubio’s office had not responded to their letters but they would continue to seek a meeting.

His office did not respond to requests for comment.

Rubio welcomed Trump’s announcement in June that he would reverse former President Barack Obama’s policies in Cuba until democracy was restored but he said this month that new restrictions on business and travel did not go far enough.

The entrepreneurs say they speak for much of Cuba’s private sector, which employs 600,000 of the island’s 11 million people.

“We began to have a lot of cancellations after President Trump in June made his statement ending Obama’s policy,” said Nidialys Acosta, who runs a business renting vintage U.S. automobiles, Nastalgicar. “People said they were scared and uncertain.”

Julia de la Rosa, who runs a 10 room bed and breakfast, said rentals were down 20 percent in October and she expected a further decline as new U.S. regulations on individual travel kick in this month.

“We are not asking for anything. Simply that they do not take from us the opportunity to keep working,” de la Rosa said.